If the Ukrainian authorities don't take action and show some real results on the corruption fight, it will have a direct impact on next year's elections. 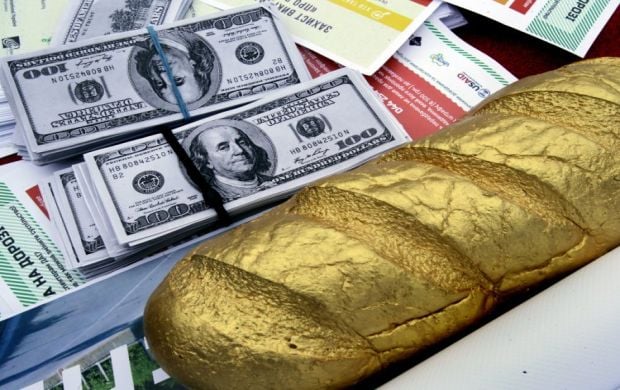 Ukraine still struggles to overcome its core disease of corruption. Since the 2014 Euromaidan, a number of anticorruption institutions have been created in close cooperation with Western partners, including the United States. Among them are the National Anti-Corruption Bureau (NABU), the Special Anti-Corruption Prosecutors Office (SAP), the State Bureau of Investigation (SBI), and the Anti-Corruption Court.

Nevertheless, Ukraine still hasn't sent any high-level crooks to jail and journalists and investigators say that stealing from the state has returned to pre-Maidan levels. It's true that progress was made in cutting corruption out of the gas sector and banks have been cleaned up, but it's also true that Ukraine hasn't made significant progress in the last four years on any of the major indices that measure corruption. What went wrong?, Mykola Vorobiov, a Ukrainian journalist and former Austrian Marshall Plan Foundation Fellow, wrote in an article for the Atlantic Council.

According to him, the short answer is that the new institutions don't work, or in the case of NABU, they're being blocked from doing their job.

"A recent scandal bears this simple truth out. The heads of the Specialized Anticorruption Prosecutor's Office and the National Anti-Corruption Bureau are in the middle of a showdown. The two should be allies. The mission of both organizations is to fight corruption at the highest levels, including top Ukrainian officials and politicians. SAP head Nazar Kholodnytsky claims his office has been illegally wiretapped by members of NABU, while its head, Artem Sytnik, has denied these accusations, claiming that no one has interfered with the activities of SAP," he said.

On September 19, NABU's special forces tried to detain SAP employees while, according to Kholodnytsky, they were trying to prevent another wiretapping of his office. After calling the Security Service of Ukraine, its special forces arrived, released the SAP employees, and detained the NABU officers. According to journalist Milan Lelich who covered the incident, a SAP driver was assaulted by NABU staff while police didn't stop that fight.

Kholodnytsky is on thin ice for interfering in cases and faces a criminal investigation. Civil society and the United States has called for his dismissal.

In the meantime, another scandal has emerged with the State Bureau of Investigation (SBI), which is a lesser known body in the West.  In 2015, the Ukrainian parliament created the SBI to investigate cases that are overseen by the General Prosecutor's Office, including crimes involving NABU, SAP, SBU and the National Police, war crimes, terrorism, and other important cases.

In July, Truba refused to appoint twenty-seven senior SBI officials of 685 applications due to ongoing criminal cases involving some of the candidates including corruption and "state treason." Moreover, the head of the SBI stressed "one of candidates closely communicates with separatists in the DPR-LPR…Only applicants who have been elected by the independent commission and passed special examination have a right to be appointed at senior executive positions [of the SBI]…Our goal is to remain independent," Truba said. However, critics contend that Truba's refusal to appoint them was nothing more than a PR move, teh author said.

Read alsoBloomberg: 'Bitcoin and guns, that's the only way to save Ukraine'

In early September, MP Yurii Makedon resumed a lawsuit against Truba's appointment as the head of SBI. Makedon had sought the job, but failed. (The lawsuit was first submitted to the court in May but had stalled.)

But the broader point is that the resumption of the lawsuit against the head of the SBI may delay the planned launch of the SBI with its 1,500 employees. Members of the Council of Europe have called on Kyiv to get the agency up and running "in the nearest future" after a lengthy delay.

"Although it is not clear how effective a new anticorruption agency would be, its uniqueness is that most of candidates must complete a polygraph test which has to show their professionalism and reliability for high positions in the SBI," Vorobiov said.

None of these difficulties or turf wars improve Ukraine's position or reputation, and perhaps more worryingly, they feed the cycle of cynicism in Ukraine and contribute to "Ukraine fatigue" in the West.

"Survey after survey reveals what we already know: people are fed up with corruption. If the Ukrainian authorities don't take action and show some real results on the corruption fight, it will have a direct impact on next year's elections. The fight against corruption was a key reason people took to the streets in 2013-2014. The motivations behind the Euromaidan shouldn't be forgotten as new elections approach," the author added.

If you see a spelling error on our site, select it and press Ctrl+Enter
Tags:UkraineNABUSAPOSBIfightingcorruption