Hungary has been blocking the meetings of the NATO-Ukraine Commission, alleging violations of the rights of Ukraine-based Hungarians. 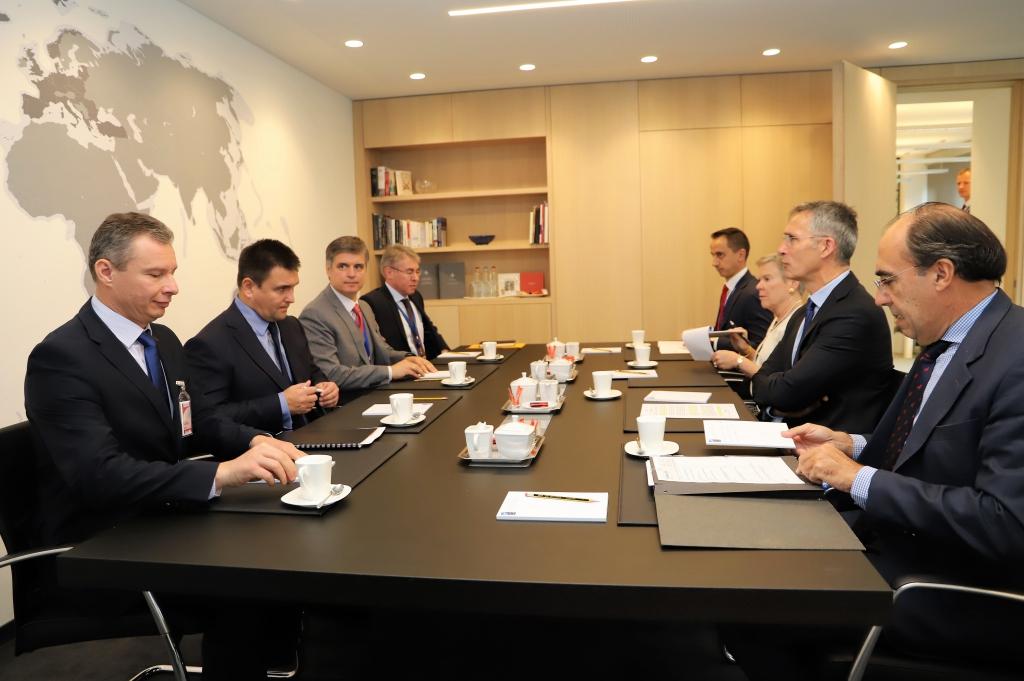 Secretary General of the North Atlantic Treaty Organization (NATO) Jens Stoltenberg told Ukraine’s Foreign Minister Pavlo Klimkin that unlocking the meetings of the Ukraine-NATO Commission depends on the agreements yet to be made by Ukraine and Hungary in the context of ensuring the language rights of the Hungarian minority in Zakarpattia region in the framework of the Ukrainian law on education, that's according to a report posted on Facebook by Ukraine's Mission to NATO.

On October 15, Klimkin met with Stoltenberg at the NATO Headquarters in Brussels, the report says.

In particular, the parties exchanged views on the working mechanisms of a special partnership between Ukraine and NATO, in particular, meetings of the Ukraine-NATO Commission at the ministerial level. “According to the Secretary General’s estimates, the key to unblocking the Commission’s work lies in the plane of agreements between Ukraine and Hungary on ensuring the language rights of the Hungarian minority. An important step will be the full implementation of the recommendations of the Venice Commission on the implementation of the law of Ukraine on education,” the report says.

In turn, Klimkin noted that the goal of the Ukrainian state is to ensure equal rights for Zakarpattia residents, to create conditions for full development as citizens of Ukraine, to support their languages, traditions and culture.

As UNIAN reported, Hungary is blocking the holding of meetings of the Ukraine-NATO Commission, alleging a violation of the rights of Hungarians living in Ukraine, over the provision of the education law stipulating that the language of instruction in educational facilities be the state language (Ukrainian).

Another escalation in relations between Kyiv and Budapest was provoked by the situation with the secret distribution of Hungarian passports to Ukrainians in Zakarpattia. On October 4, the Hungarian consul in the city of Berehove was declared persona non grata and demanded to leave the territory of Ukraine. In response, Hungary announced the expulsion of the Ukrainian consul in Budapest.

If you see a spelling error on our site, select it and press Ctrl+Enter
Tags:NATOHungaryKlimkinStoltenbergSzijjartolanguagerowUkraineNATO