Tymoshenko claims budget approved for 2015 has been ‘falsified’

Several parts of the 2015 budget approved by parliament have been changed in the published version of the document, the leader of the Batkivshchyna faction in the Rada, Yulia Tymoshenko, claimed on Monday.

"This relates not only to the procedure but directly to the interests of citizens,” Tymoshenko said. 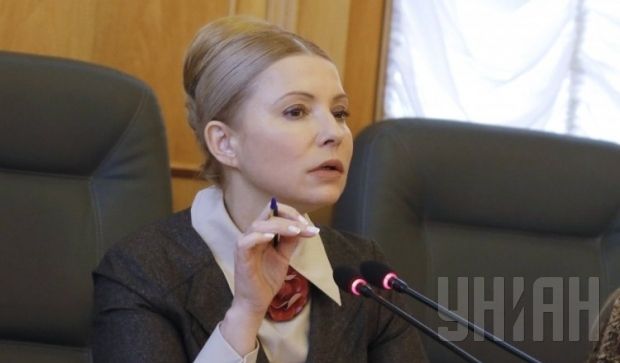 “We must not only investigate the hidden falsification, but also give the relevant materials to the competent authorities to punish the perpetrators."

In addition, she said that during the budget vote, which took place on December 29, an agreement was reached regarding increasing social standards starting from July 1, 2015.

"We agreed that the government would analyze this possibility and from July 1 would consider such steps as increasing of social standards by means of indexation,” Tymoshenko said.

“In fact, according to the current budget, no increase in pensions and wages in the next two years has been planned, despite the drastic inflation and depreciation of the hryvnia."

Deputy Prime Minister Vyacheslav Kyrylenko denied Tymoshenko’s claims. According to him, after the vote, the budget undergoes "a lot of endorsements and signatures" and cannot be changed under an agreement struck within the coalition before the vote.

"We spent hours in coalition meetings. No changes are possible outside that process and without formally submitted documents," Kyrylenko said.

Ukraine’s MPs voted for the budget on the night of December 29, before having been given the full text of the document.