Australia may have its own spaceport within five years. 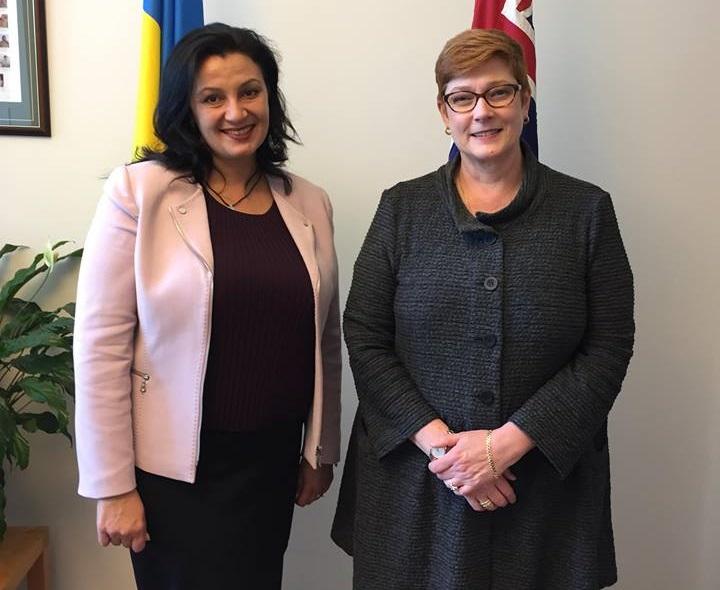 "We are very interested in intensifying cooperation in the field of cyber security and participation in space programs," Klympush-Tsintsadze said during a working visit to Australia, where she met with Australian Minister for Foreign Affairs Marise Payne, the Ukrainian government's press service told UNIAN.

The sides also discussed other issues. In particular, special attention was paid to the issue of respect for human rights and freedoms.

Ukraine is counting on Australia's support as a member of the UN Human Rights Council in the release of Ukrainian political prisoners in custody in Russia and Russian-occupied areas and in the protection of indigenous peoples' rights.

Klympush-Tsintsadze also announced that Kyiv would be hosting the Ukraine Remembers – the World Acknowledges international forum on November 24, 2018, to commemorate the 85th anniversary of the Holodomor of 1932-1933.

"The anniversary of the Holodomor is a tragic date for Ukrainians. I hope that Australia will join us both in Kyiv and in Canberra," she said.

As reported by UNIAN, the West Australian reported in March 2018 that the State Space Agency of Ukraine proposed building a space center near RAAF Base Curtin on the north coast of Western Australia, Australia. This project will help Australia to have its own spaceport, which may be put into operation within five years if the Australian leaders support the ambitious proposal from the government of Ukraine.