Rada appeals to Merkel, Hollande, Putin for release of Savchenko 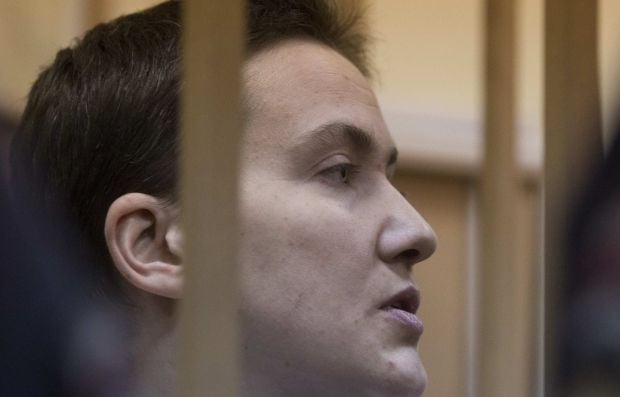 According to an UNIAN correspondent, 304 out of 341 deputies registered in the session hall voted for the resolution.

It is stated in the appeal that the Verkhovna Rada relies on international solidarity and support, and requests that Merkel, Hollande and Putin, as leaders of countries that are to participate in a "Normandy format" meeting on resolving the Ukrainian crisis peacefully, urgently take all necessary measures to ensure the early release of people's deputy of Ukraine of VIII convocation, member of the Permanent Delegation of the Verkhovna Rada of Ukraine in the Parliamentary Assembly of the Council of Europe Nadezhda Savchenko, as well as the release of Ukrainian filmmaker Oleg Sentsov and other citizens of Ukraine who are being illegally detained in Russia.

The appeal notes that on October 26, 2014 at the early elections to the Verkhovna Rada of Ukraine, Savchenko was elected a people's deputy of Ukraine from the list of the Batkivshchyna political party, and that on November 27, 2014, she was granted the authorities of an MP of the VIII convocation.

Additionally, it is noted that according to Verkhovna Rada resolution No. 45-VIII of December 25, 2014, by a constitutional majority vote Savchenko was elected as a member of the Permanent Delegation of the Verkhovna Rada of Ukraine to the PACE.

The appeal notes that "for the first time in the history of an independent Ukrainian state, an elected people’s deputy of Ukraine is not able to represent the people of Ukraine in the session hall of the Ukrainian parliament, [or] the Parliamentary Assembly of the Council of Europe, as she has been detained in another country under false charges and in clear violation of international standards for the protection of human rights and freedoms."

On December 15, 2014 Savchenko announced a hunger strike due to her unlawful detention and Russia’s refusal to provide her with medical care, which, in particular, "is a violation of Article 3 of the European Convention on Human Rights and Fundamental Freedoms."

"Every day, her health is deteriorating, which poses a real threat to her life," the appeal reads.

Savchenko has been on hunger strike for more than a month in protest at her illegal detention and the Russian prison authorities' refusal to provide her with medicine she requires.

Parliament entrusted Ukraine’s Foreign Ministry to inform the Ministries of Foreign Affairs of the Federal Republic of Germany, the French Republic and the Russian Federation about the contents of the appeal.