The Ukrainian authorities expect that the tripartite meeting of the contact group to resolve the situation in the Donbas will be held before the end of the week, Ukrainian Ministry of Foreign Affairs spokesman Yevgeniy Perebiynis said at a briefing on Wednesday. 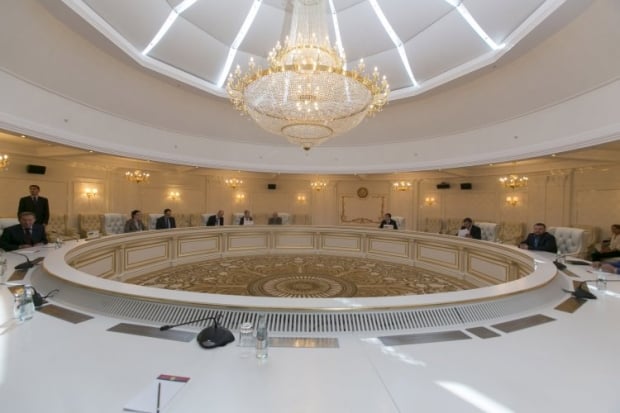 "As for the date of the meeting, I can’t confirm it, as it must be determined by the Tripartite Liaison Group, and we expect that it will happen in the coming days, before the end of this week," he said.

"Minsk is considered to be the venue, but it is possible that the meeting will be held in video-conferencing mode," Perebiynis said.

"Ukraine is ready for such a meeting, and we believe that the consideration of issues will be effective, if the self-proclaimed DPR and LPR are represented by those who are in charge of the situation, who signed the Minsk Protocol," he said.

As UNIAN reported earlier, the last meeting of the Tripartite Liaison Group was held on December 24 in Minsk.