Russia has not given up on the idea of grabbing more Ukrainian territory to have a land corridor to Crimea, according to the Ukrainian diplomat. 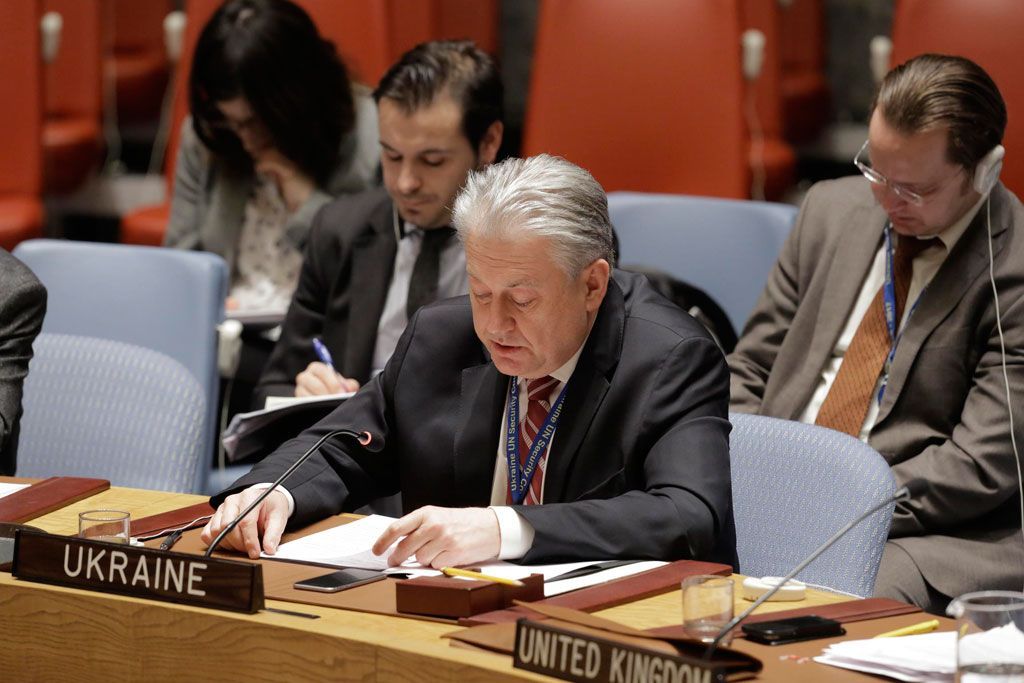 Russia continues preparing its military infrastructure in the occupied Crimea for deploying nuclear weapons in the area, Ukraine's Permanent Representative to the United Nations, Volodymyr Yelchenko, told a UN Security Council briefing on the situation in Ukraine held in New York October 30.

"In the occupied Crimea active militarization proceeds at full speed. Russia has more than doubled the strength of its military on the peninsula and continues the preparation of Crimean military infrastructure for deployment of nuclear weapons including refurbishment of Soviet-era nuclear warheads storage facilities," Yelchenko said.

He added that Russia had been using the Sea of Azov as an additional channel to supply its forces in Donbas with weapons from the occupied territory of Crimea.

"According to our information, Russia has not given up on the idea of having a land corridor to Crimea. Furthermore, the threat of a maritime assault from the Azov direction in case of a large-scale military confrontation remains a source of security destabilization in the Donetsk region," the Ambassador said.

As UNIAN reported earlier, Russia has resettled to Crimea some 108,000 Russian nationals to change the demographic across the peninsula.

If you see a spelling error on our site, select it and press Ctrl+Enter
Tags:CrimeaUNSCYelchenkonuclearweapons