Answering a question in a comment to UNIAN why Ihor Kolomoisky is not on the Kremlin's sanctions list, the businessman suggested that the introduction of sanctions against a number of Ukrainian citizens and legal entities by the Russian Federation had been coordinated with the Ukrainian side. 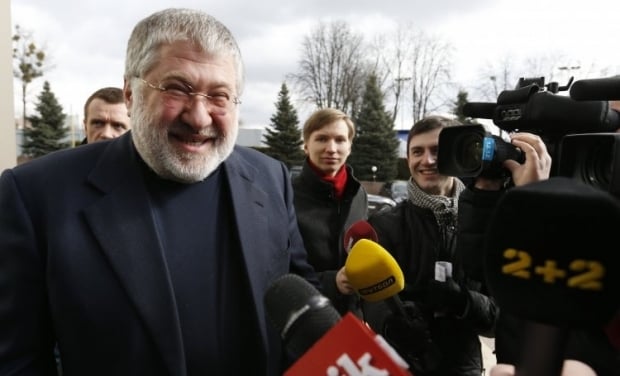 "I get the feeling that the list was edited on Bankova [Street where the Ukrainian president's administration is located]," he said. "I can even give the names of the 'editorial staff' who worked on this list: [President Petro] Poroshenko, [First Deputy Governor of the National Bank of Ukraine (NBU) Kateryna] Rozhkova, [Partner and Managing Director of ICU Makar] Pasenyuk [who is said to be Poroshenko's personal banker], [MP Ihor] Kononenko [reportedly a business partner of Poroshenko], while [Viktor] Medvedchuk acted as a postman."

"Poroshenko has personally deleted myself, a longtime enemy of [Russian President Vladimir] Putin, from that list to show our American partners that I have allegedly become an agent of the Kremlin," Kolomoisky said.

Kolomoisky also drew attention to the fact that Viktor Pinchuk personally and many of his assets – the media company StarLightMedia, not largest Credit-Dnepr Bank and others – were included in the list. "I guess it is due to the fact that relations between Poroshenko and Pinchuk have deteriorated, as evidenced by regular bullying of the latter by Bankova and Instytutska [Street where the NBU is located]," he said.

As UNIAN reported, Russia on November 1 introduced sanctions against 322 citizens and 68 companies from Ukraine.

The relevant resolution issued by the government of the Russian Federation says that it "is designed to counter Ukraine’s unfriendly actions towards Russian citizens and legal entities and to encourage the normalization of bilateral relations." At the same time, the government of the Russian Federation claims it reserves the right to cancel these special restrictive measures in case Ukraine cancels the sanctions imposed on Russian citizens and legal entities.

If you see a spelling error on our site, select it and press Ctrl+Enter
Tags:RussiasanctionsKolomoisky