Saakashvili says he wants to return to Georgia – media

Saakashvili is currently exiled in the Netherlands. 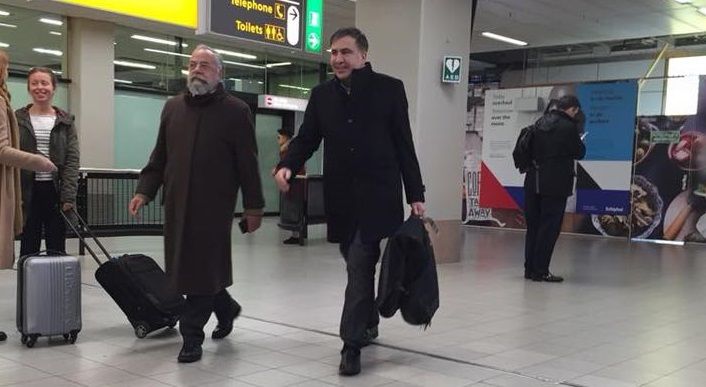 Leader of the Movement of New Forces Party in Ukraine, ex-Governor of Ukraine's Odesa region and ex-President of Georgia Mikheil Saakashvili has said he wants to go back to Georgia.

In an exclusive interview to Euronews, he said Russia had hacked his e-mail and was trying to meddle in Georgia's election.

Saakashvili, head of state when Tbilisi went to war with Moscow a decade ago, is currently exiled in the Netherlands.

But with his ally Grigol Vashadze the frontrunner to win Georgia's presidential run-off, the door has opened for Saakashvili's return.

The 50-year-old's homecoming would be controversial after his conviction-in-absentia and six-year jail term for abuse of power.

Saakashvili, currently stateless after giving up his Georgian nationality and being stripped of his Ukrainian passport, said the trial was politically-motivated.

But third-placed David Bakradze – who got around 11% of the votes – has pledged his support for Vashadze in the run-off vote, which will happen before December 1 and see the 60-year-old go head-to-head with Zurabishvili.

If you see a spelling error on our site, select it and press Ctrl+Enter
Tags:RussiaUkraineGeorgiareturnSaakashvili