The president noted that the meetings of the European People's Party clearly refuted any allegations of "Ukraine fatigue" in Europe or that the country is losing EU support. 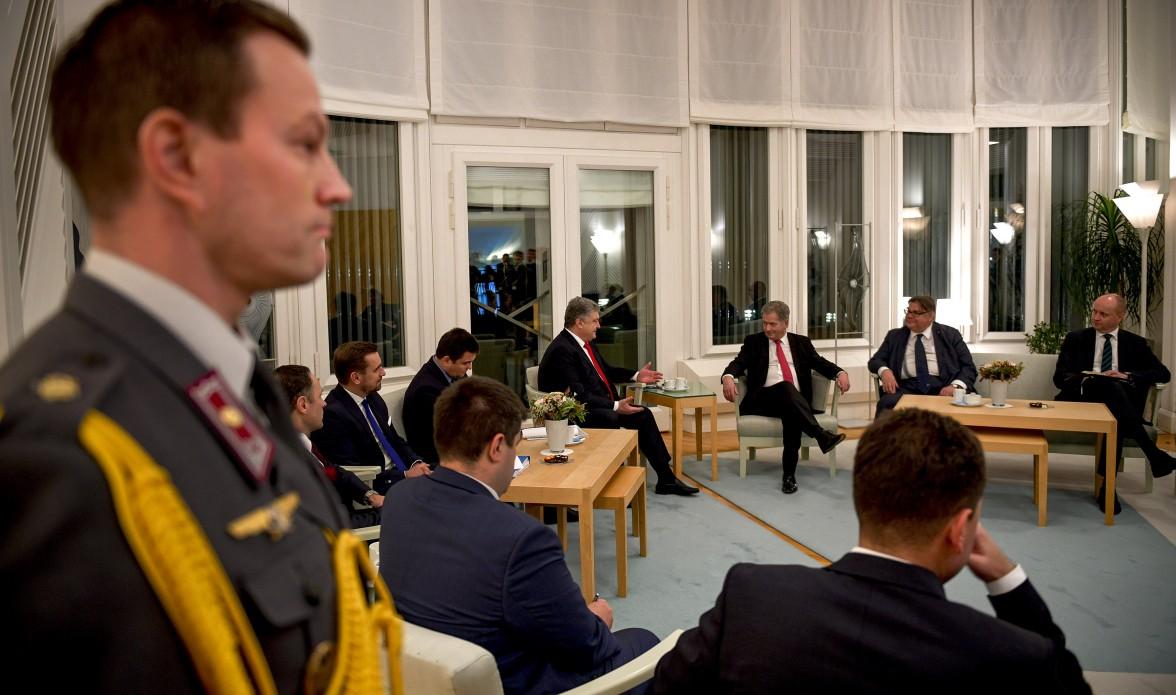 The main issues discussed during the Summit and the Congress of the European People's Party were the issues of maintaining peace and unity of the European Union and support for Ukraine in its fight against the aggressor state, Ukrainian President Petro Poroshenko told reporters in Helsinki.

"We have thoroughly discussed the future of Europe - what it should be like over the next 5 years, what challenges are facing Europe: security challenges, peace-building challenges, challenges in the area of countering threats, challenges in the development of Europe. And it is very important that Ukraine took an active part in the discussion, and I felt a very strong support from European leaders. And today it was demonstrated during the Congress," the Head of State said in a statement after the work of the Congress.

He stressed that all participants in the meeting expressed a common position regarding the situation in the region. "There was one position: [to find out] how we can save the world, how we can ensure the unity of the European Union," the President said.

Petro Poroshenko noted that these meetings of the European People's Party clearly refuted any allegations of "Ukraine fatigue" in Europe or that the country is losing EU support.

"On the contrary, you heard President of the European Council Donald Tusk clearly stating that the one who does not condemn Putin for his aggression against Ukraine, the one who does not help Ukraine cannot be considered a European, a true member of the European People's Party. And you have seen the reaction of the hall that gave a standing ovation to Mr. Tusk, a great friend of Ukraine," the president emphasized.

The head of state invited the EU leaders, including Donald Tusk, to visit Ukraine. "The invitation was kindly accepted. Mr. Tusk will visit early next year and we will have a very active dialogue, especially on the eve of the European Union Summit, where the issue of prolonging sanctions will be discussed," Petro Poroshenko noted.

The president also said that in the framework of the Summit and the EPP Congress he had held bilateral meetings with a number of European leaders, in particular, with President of the European Commission Jean-Claude Juncker, Chancellor of Germany Angela Merkel, President of the European People's Party Joseph Daul, leaders of other states, including Bulgarian Prime Minister Boyko Borissov, Croatian Prime Minister Andrej Plenković, and others.

"Today, we have a great attention of Europe, great help from Europe. We are together. I think this is a very positive signal that Ukraine has received today," Petro Poroshenko summed up.

If you see a spelling error on our site, select it and press Ctrl+Enter
Tags:PoroshenkoTuskRussianAggressionEuropeanUnionEPPassistancesupport