The announcement says the meeting will take place in the event hall of the Kyiv-Pechersk Lavra monastery at 14:00 Kyiv time on November 13. 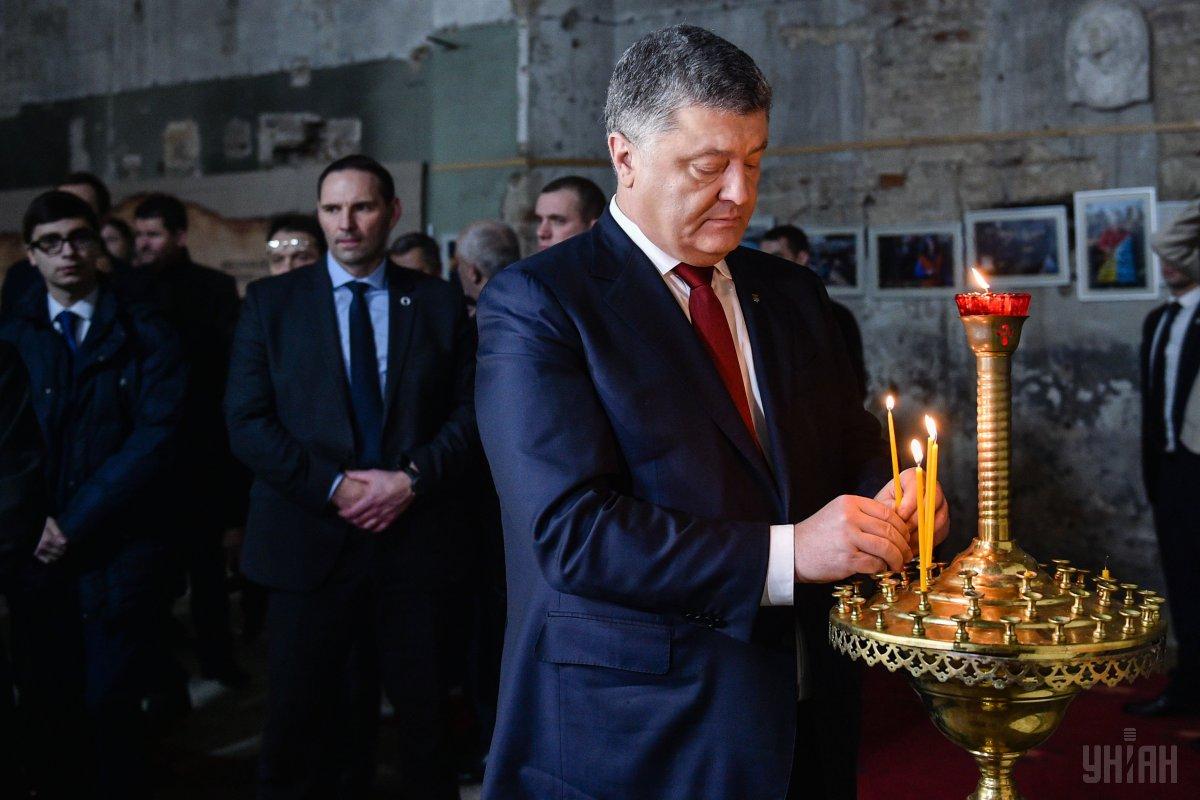 Bishops of the Ukrainian Orthodox Church of the Moscow Patriarchate (UOC-MP) plan to hold a meeting with Ukrainian President Petro Poroshenko on November 13.

Metropolitan of the UOC-MP Oleksandr (Drabinko) confirmed this information to the Ukrayinska Pravda online newspaper, referring to the Kyiv Metropolitan's office.

The announcement says the meeting will take place in the event hall of the Kyiv-Pechersk Lavra at 14:00 Kyiv time on Tuesday, November 13.

"The participation of all diocesan and vicar bishops of the Ukrainian Orthodox Church is obligatory," the announcement said.

At the same time, Metropolitan Oleksandr did not confirm whether Metropolitan Onufriy [head of the UOC-MP] was going to attend the meeting.

The Kyiv Metropolitan's office has declined to comment on the information.

The journalists turned to the presidential administration's press service for a comment. The department has not yet officially confirmed or denied the meeting. The information is being verified. 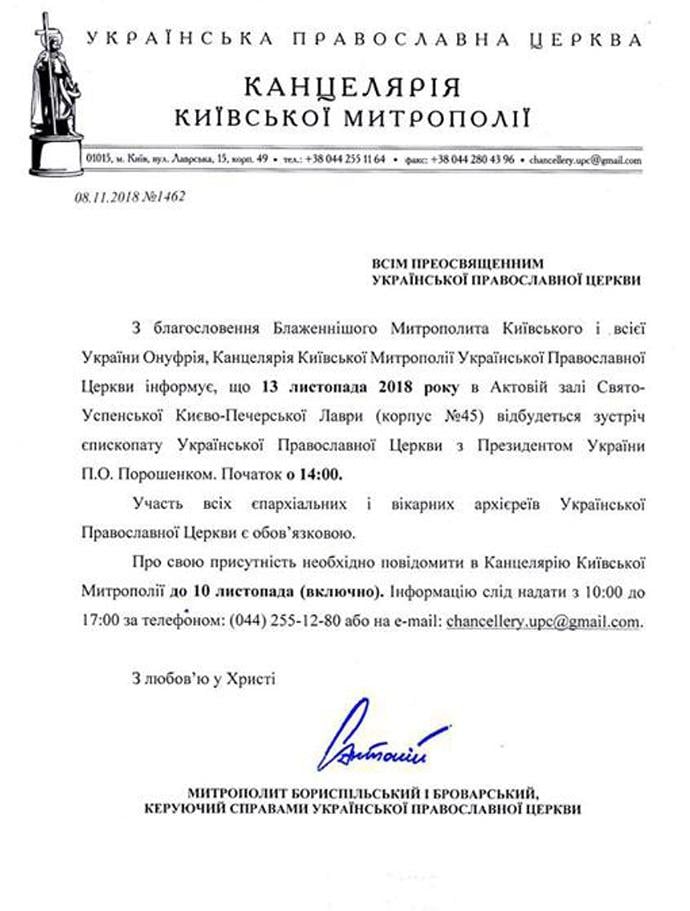 If you see a spelling error on our site, select it and press Ctrl+Enter
Tags:PoroshenkoUkrainemeetingchurchOrthodoxUOCMP