Poroshenko reports about brief meeting with Trump in Paris

More than 40 meetings and discussions with world leaders have been held during Poroshenko's visit to France. 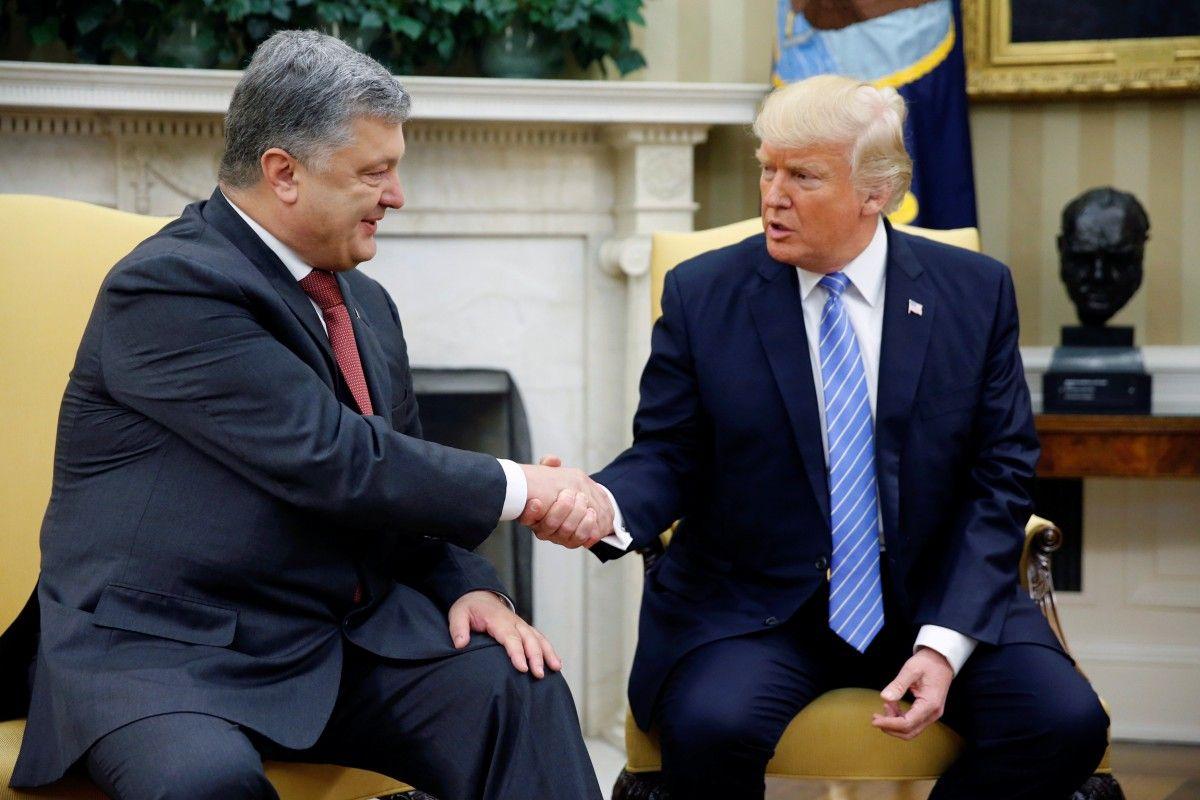 Ukrainian President Petro Poroshenko says he has had a brief meeting with U.S. President Donald Trump in Paris.

"Yesterday [November 10], a meeting with the President of the United States of America was held. As a result of this discussion, Minister for Foreign Affairs of Ukraine Pavlo Klimkin and his American counterpart – U.S. Secretary of State Mike Pompeo met today [November 11]," he said after a trilateral meeting with French President Emmanuel Macron and German Chancellor Angela Merkel in Paris on November 11, an UNIAN correspondent has reported.

According to Poroshenko, the result of the meetings was an agreement to hold the Ukraine-U.S. Strategic Partnership Commission at the level of the Ministers of Foreign Affairs of the two countries in Washington, D.C., on November 16 this year. The Commission was founded almost ten years ago, the president said.

"Today we've agreed to restore its work as a symbol of the fact that the partnership between Ukraine and the United States of America is strategic in nature," he added.

In total, more than 40 meetings and discussions with world leaders have been held during Poroshenko's visit to France to join events to mark the 100th anniversary of the Armistice on November 11.

Poroshenko said that the meetings in Paris with the heads of state and government of the world confirmed a clear and solid support for the state sovereignty and territorial integrity of Ukraine.

"Active support for sovereignty and territorial integrity of Ukraine, support for us in the reform process is powerful and tangible on behalf of the world community. And this is extremely important," he added.