Merkel and Macron stated that the so-called elections in the self-proclaimed "DPR" and "LPR" are contrary to the Minsk agreements, the declaration of the "Normandy Four," OSCE standards, and Ukrainian law. 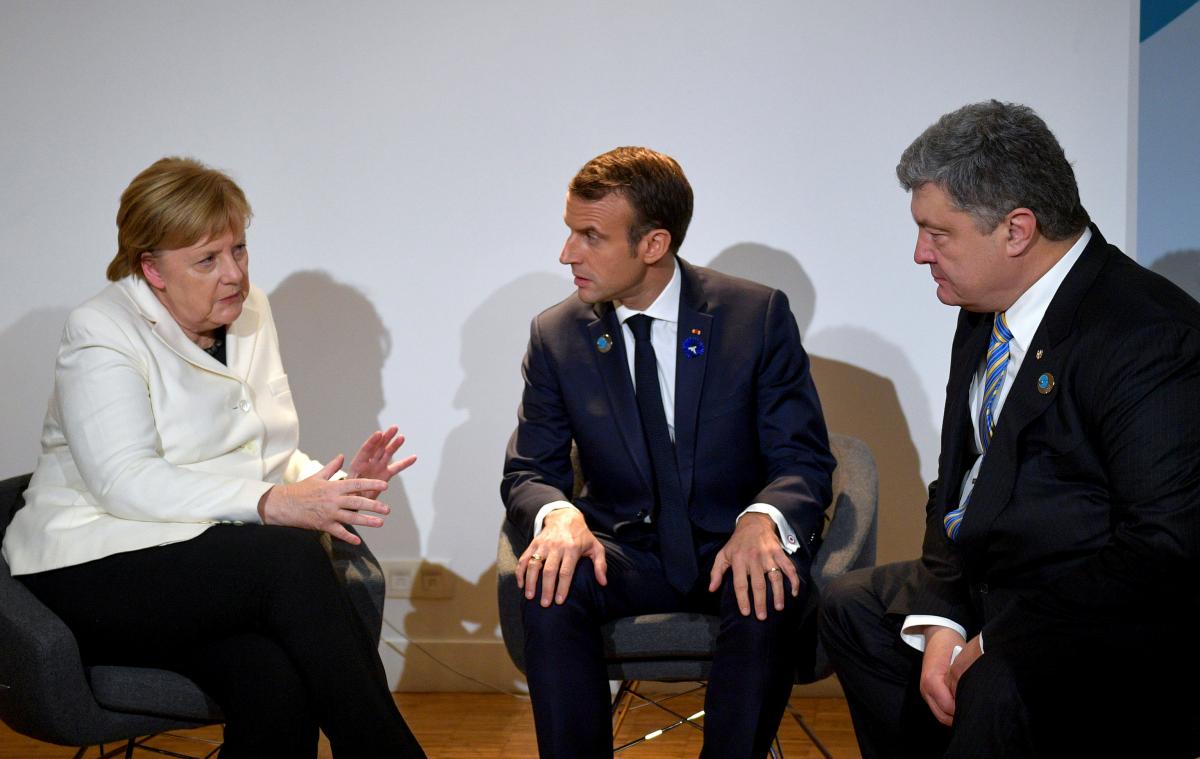 “The so-called elections undermine the territorial integrity and sovereignty of Ukraine,” the leaders said, following their meeting with President of Ukraine Petro Poroshenko in Paris on Sunday, writes DW.

The two leaders stressed that the "voting" contradicted the Minsk agreements and the declaration of the heads of state and government of the Normandy Four countries – Ukraine, Russia, Germany, and France, signed in February 2015.

Local elections in Donetsk and Lugansk regions of Ukraine should be held in accordance with OSCE standards and Ukrainian legislation, Merkel and Macron stressed.

They also recalled the responsibility of all parties to the conflict in eastern Ukraine for full compliance with the Minsk agreements, the cease-fire regime and agreements on the withdrawal of heavy weapons.

European leaders firmly supported the idea of completion by the end of 2018 of the process of prisoner exchange and political prisoners release.

As UNIAN reported, the Russian-puppet “DPR and “LPR” on November 11 held sham "elections" of the so-called "heads of people's republics" and "deputies of people's councils."

The European Union, the United States, and Japan declared that the holding of “elections” in the occupied parts of eastern Ukraine was a violation of the Minsk agreements.

If you see a spelling error on our site, select it and press Ctrl+Enter
Tags:DonbasPoroshenkoFranceMerkelelectionsNormandyFourOSCEGermanyMacronMinskAgreementscondemnationshamelections