The State Border Guard Service does not remain idle, keeping up its work to strengthen own presence in the Sea of Azov. 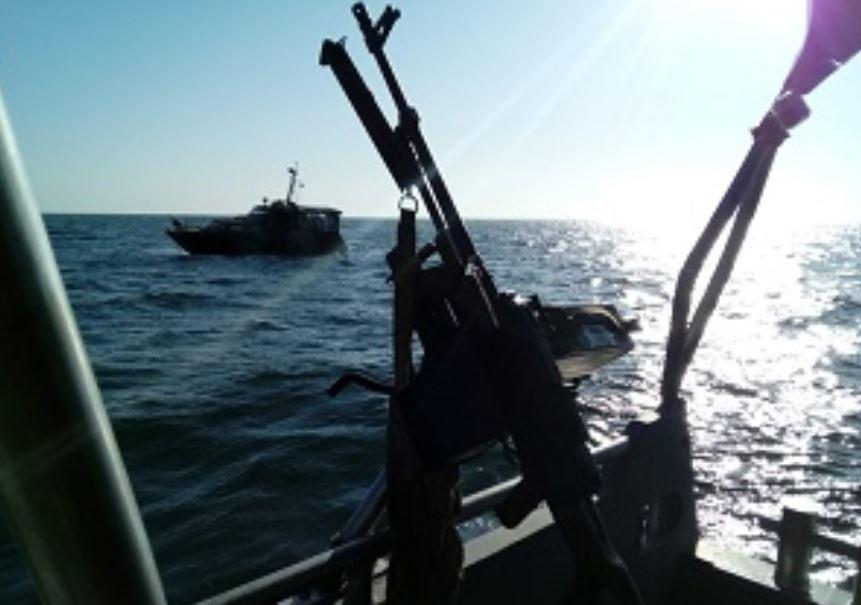 Speaker for the State Border Guard Service of Ukraine Oleh Slobodyan has said Russia redirected part of their naval forces deployed near temporarily occupied Crimea to a new bridgehead, namely the waters of the Sea of Azov.

"The process of [Russia] increasing their military component in the Sea of Azov was gradual. Russia has increased its presence, but here we can rather talk about the regrouping of certain naval forces for possible action in the Sea of Azov, i.e. re-locating ships from the waters off coast the temporarily annexed peninsula to a new bridgehead, which is the Sea of Azov," Slobodyan told UNIAN.

According to the official, the State Border Guard Service does not remain idle, keeping up its work to strengthen own presence in the Sea of Azov. "We have received new boats, as well as repaired and put into operation the Donbas warship, which is now in the Azov Sea performing her tasks," Slobodyan said.

He said the agency is working alongside the Armed Forces and the Navy, since the protection and defense of the coastline and the territory of Ukraine is their joint task.

"All activities are being worked out jointly within the framework of a unified plan of the Joint Forces Operation HQ and the NSDC, and only with the complex involvement of all available resources can we expect that any Russian aggression in this direction will see an adequate response," he said.

As was reported, Ukrainian President Petro Poroshenko on October 12 enacted a National Security and Defense Council (NSDC) decree on urgent measures to protect national interests in the south and the east of Ukraine, in the Black Sea and the Sea of Azov, and the Kerch Strait. The NSDC decree emphasizes that, having considered threats to national security in the south and the east of Ukraine, in the waters of the Black and Azov Seas and the Kerch Strait, caused by aggressive actions of the Russian Federation, the Council revealed conditions that could critically destabilize the economic, social and political situation, and result in a naval blockade of the Ukraine coast. The Cabinet was instructed to create an interdepartmental coordinating body that should generalize the legal position of the state on drafting an official, consolidated claim against Russia, demanding its international legal responsibility for armed aggression against Ukraine.

If you see a spelling error on our site, select it and press Ctrl+Enter
Tags:RussiaescalationborderguardsAzovseamilitarypresencedeployment