Walesa: Putin is doomed to fail 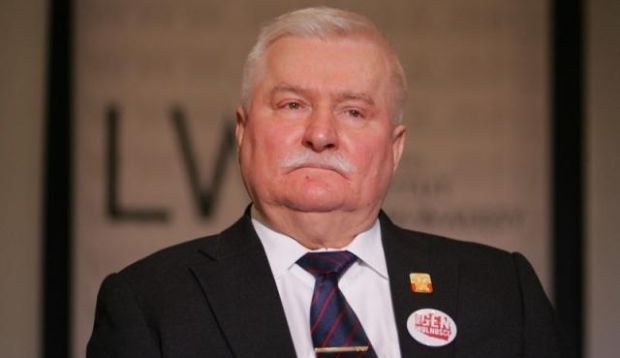 "This is a struggle from another era, which is doomed to failure. I have no doubt that freedom and democracy will win," Walesa said.

The former Polish president and leader of the Solidarity independent trade union movement, which helped overthrow the communist regime in Poland, said Putin was holding onto power in Russia thanks to the "philosophy of the enemy."

According to Walesa, Russians are kept in fear by being told there is an external threat, and this is the backbone of the present regime. However, such a situation cannot last forever on the backdrop of deteriorating living standards both of ordinary people and Russia’s oligarchs, he said.

"For a while, they will accept this, but at some point they will lose a lot and will be forced to make decisions. We can anticipate what decisions might be taken and what things cannot last too long," Walesa said.

"Even bigger empires have crashed. It seemed the communism could never have been defeated."

Walesa said the Western world had to demonstrate a united position and provide Ukraine with more assistance in its fight against Russian aggression. He said that Putin has defied the whole civilized world.

"We certainly are not going to start a nuclear war, but we can all be organized in such a way in which each can do something to bring Putin back onto the right path," Walesa said, and called for the provision of all forms of assistance possible to Ukraine.