Crimea is Ukraine, the head of state emphasized. 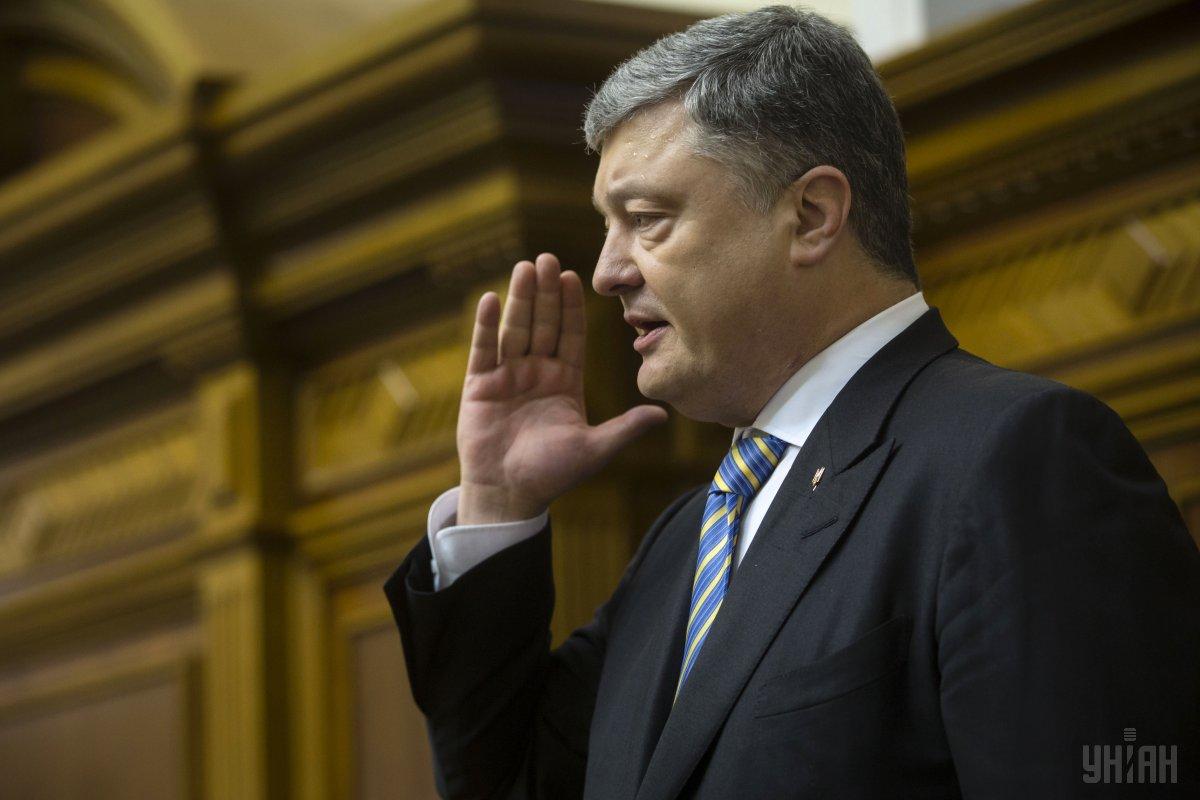 President of Ukraine Petro Poroshenko said that the visit of Russian President Vladimir Putin to the occupied Crimea is a gross violation of international law.

“Of course, we view the actions of the Russian president as a gross violation of international law. I'd like to emphasize separately that these visits – and I hope they hear this in Russia – won't make Crimea Russian. Crimea is Ukraine – it was and it will always be,” Poroshenko said during a joint press conference with Slovak President Andrej Kiska in Kyiv Friday.

As UNIAN reported earlier, on November 23, a Russian delegation headed by President Putin arrived in the occupied Crimea to discuss the “future of Russia.”

According to Putin’s press secretary, Dmitry Peskov, the Russian president was to hold in the occupied Crimea an extensive meeting of the State Duma presidium on the major activities of the executive authorities of the Russian Federation.

The meeting was held at the U.S.-sanctioned Mriya Hotel.

If you see a spelling error on our site, select it and press Ctrl+Enter
Tags:CrimeaPoroshenkoPutinvisitoccupiedCrimea