MEP Rebecca Harms: Escalations in Sea of Azov are serious

The incident happened on the morning of November 25. 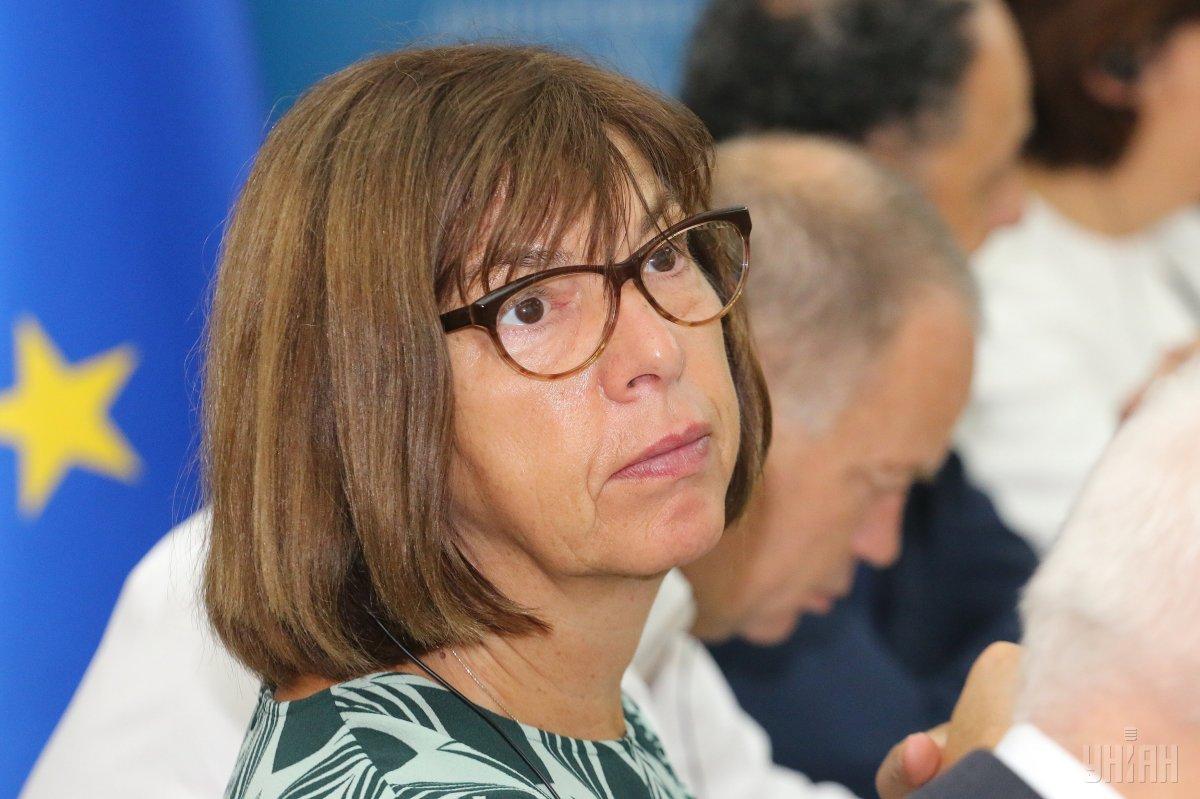 German politician and Member of the European Parliament Rebecca Harms has commented on recent developments in the Sea of Azov after a Ukrainian tugboat was rammed by a Russian coast guard ship, saying that escalations there are serious.

"The escalations in the Sea of Azov are serious and need more of your attention," she tweeted on Sunday, having tagged High Representative of the EU for Foreign Affairs and Security Policy and Vice President of the EU Commission Federica Mogherini, German Minister for Foreign Affairs Heiko Maas, his counterparts Linas Linkevicius of Lithuania and Margot Wallström of Sweden, U.S. Special Representative for Ukraine Negotiations Kurt Volker, and the official Twitter account of the European Parliament Committee on Foreign Affairs.

As UNIAN reported earlier, the 'Yany Kapu' (Yanı Qapı) tugboat of Ukraine's Navy was rammed by a Russian coast guard ship in the Sea of Azov on November 25, when a group of Ukrainian vessels, namely two small-sized 'Berdiansk' and 'Nikopol' armored artillery boats and the 'Yany Kapu' tugboat were carrying out a planned transfer from the port of Odesa to the port of Mariupol of the Sea of Azov.

The Ukrainian side said notification about the transfer plans had been done in advance in accordance with international rules to ensure safe navigation. In turn, the FSB of the Russian Federation accused the Ukrainian ships of "illegally crossing the Russian border."

According to information available, the Yany Kapu's crewmen were not injured during the ramming incident.

The press service of the Ukrainian Navy assured that the Ukrainian ships were heading to the port of Mariupol despite the Russian Federation's acts of aggression.

The Ukrainian Foreign Ministry stated that the provocative actions by the Russian Federation in the Black Sea and the Sea of Azov had violated the norms of the UN Charter and the UN Convention on the Law of the Sea.

If you see a spelling error on our site, select it and press Ctrl+Enter
Tags:RussianAggressionescalationAzov