The decision was backed by 276 lawmakers. 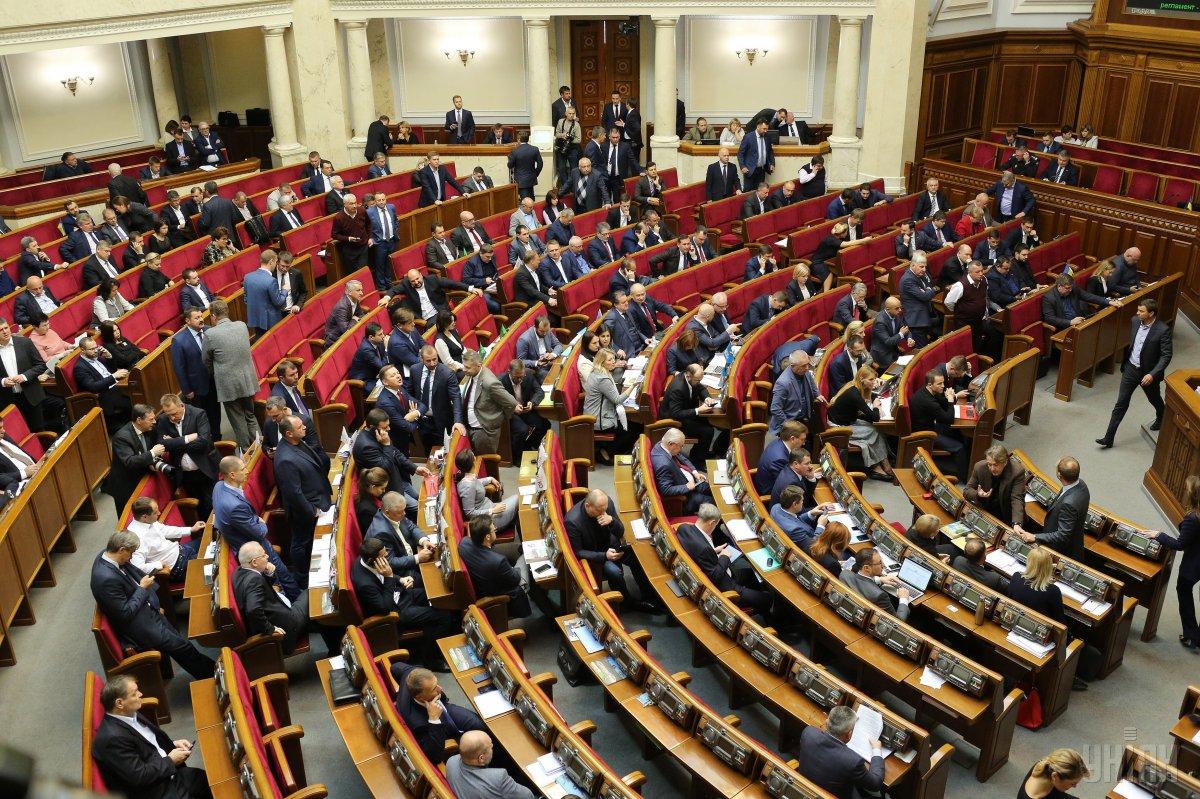 The Verkhovna Rada, Ukraine's parliament, has given the green light to a presidential decree on the introduction of martial law in Ukraine.

The decision was backed by 276 lawmakers. In particular, 120 members of the Petro Poroshenko Bloc parliamentary faction voted for the introduction of martial law. The decision was also backed by 64 members of the People's Front parliamentary faction, 23 from Samopomich, 16 from the Radical Party, 13 from the Batkivshchyna Party, eight from Volya Narodu (the People’s Will) group, and three from the Vidrodzhennya (Revival) group. The Opposition Bloc did not support that motion.

It will be effective in certain areas bordering Russia and unrecognized Transnistria.

Parubiy noted that it had been agreed during the consultations that martial law would be introduced for a period of 30 days instead of 60, and also the decree on martial law indicated that the presidential election would take place on March 31, 2019.

During the martial law regime, military and civilian authorities are given wider powers that allow them to use human and material resources for their needs. The "authorities" means the entire military command – from the General Staff to the leadership of individual units, as well as the entire vertical of power – from the president and the Cabinet of Ministers to village councils. Decisions can be made both at the central and at the local levels.

What does martial law in Ukraine mean? The law allows to:

- Introduce labor service for the sake of defenses, elimination of natural and man-made emergencies, and socially useful work;

- Use the capacity and labor resources of enterprises and organizations of all forms of ownership for the sake of defenses, change their mode of operation and working conditions;

- Withdraw for temporary use the required property of ministries, central and local executive authorities, territorial communities, enterprises and citizens, including vehicles, structures, cars, machinery, equipment and other facilities related to the maintenance of transport, issuing documents of the established sample;

- Set up protection of important facilities of the national economy of Ukraine;

- Impose a curfew and establish a special blackout mode;

- Establish a special mode of border crossing, restrict the freedom of movement of citizens, foreigners and stateless persons, as well as traffic;

- Raise the issue of banning political parties, public organizations if they threaten the sovereignty, national security of Ukraine, its independence and territorial integrity, as well as the lives of citizens;

- Seize from citizens their firearms and ammunition, cold arms, as well as from enterprises, institutions and organizations – training and military equipment explosives, radioactive substances and materials, potent chemicals and toxic substances;

- Prohibit conscripts and reservists from changing their place of residence without notifying the military command;

- Establish for individuals and legal entities the obligation to house military personnel and military units, subdivisions and institutions;

- Establish the procedure for the use of shelters, structures and other facilities to protect the population, as well as meet the needs of defense;

- Carry out the evacuation of the population, enterprises, institutions, organizations and material values;

- Introduce standardized provision of the population with basic food and non-food goods, medicines, and

- Forcibly withdraw and seize property from legal entities and individuals for defense purposes.

The law establishes that elections of the president, the Verkhovna Rada, and local self-government bodies cannot be held under martial law. Accordingly, it is impossible to prematurely terminate the powers of the parliament or local councils. It is also forbidden to make amendments to the Constitution and to hold referendums.

The authorities cannot use the labor of citizens on a free basis – the work for defense needs must be paid for as in peacetime. The property seized under martial law must be returned to the owner after martial law is abolished. If the property has become unusable, damages should be claimed in courts.

The article has been updated in relation to the date of the introduction of maritime law, following the clarification by NSDC Secretary Oleksandr Turchynov.