Haley pointedly noted she had spoken with President Trump and Secretary of State Mike Pompeo before coming to the Security Council. 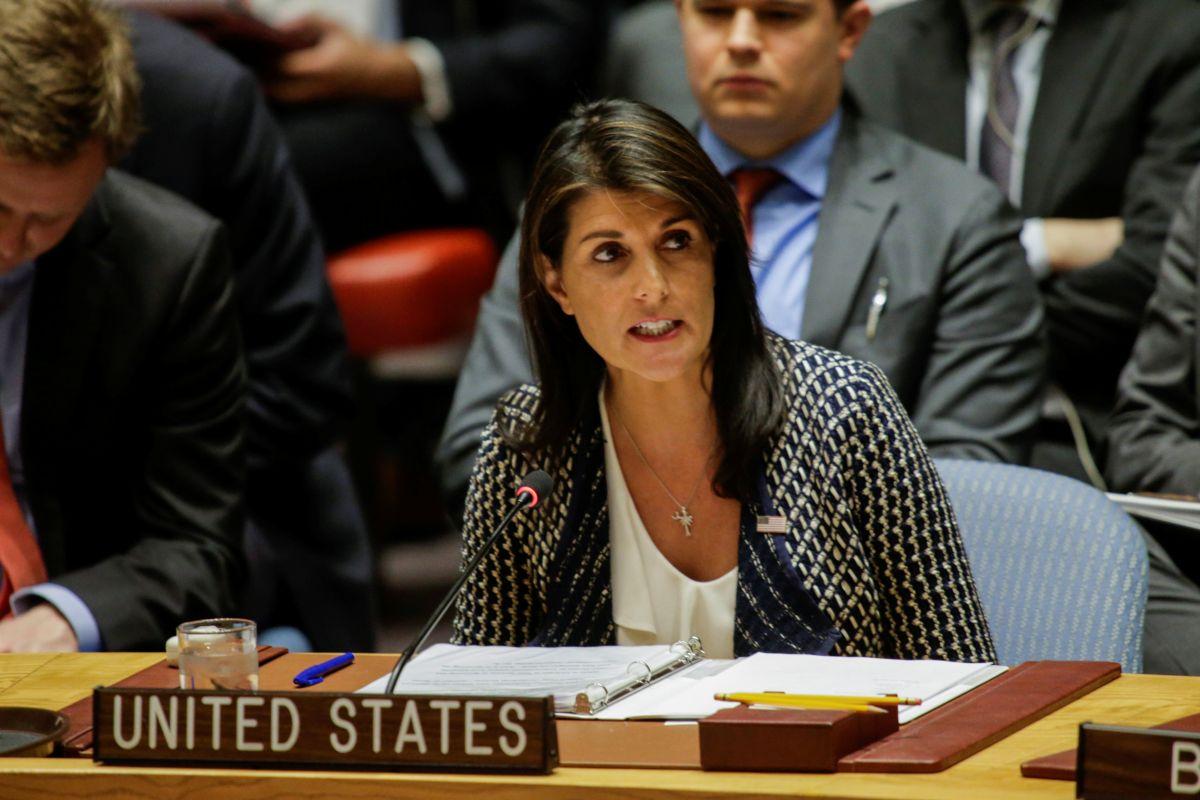 Nikki Haley, the U.S. ambassador to the United Nations, accused Russia on Monday of taking "outlaw actions" against Ukrainian ships in an incident at sea this weekend, and vowed that sanctions punishing Russia's annexation of Crimea would continue.

Speaking at an emergency meeting of the Security Council called by both Russia and Ukraine, Haley said the United States would welcome a normal relationship with Russia, The Washington Post said.

"But outlaw actions like this one continue to make that impossible," she said. "The United States will maintain its Crimea-related sanctions against Russia. Indeed, further Russian escalation of this kind will only make matters worse."

Read alsoNATO chief: No justification for use of military force against Ukrainian ships

Haley pointedly noted she had spoken with President Trump and Secretary of State Mike Pompeo before coming to the Security Council. So far, she is the most senior U.S. official to speak publicly on Sunday's incident.

She said Russia had acted illegally, and arrogantly, when it blocked three Ukrainian ships traversing the Kerch Strait as they sailed from Odesa on the Black Sea to Mariupol on the Azov Sea. They opened fire on the fleet, injuring six sailors. The ships, and at least 23 sailors, are now in Russian custody.

If you see a spelling error on our site, select it and press Ctrl+Enter
Tags:USARussianAggressionUNSCUkraineNavy