According to Art. 95 of the Convention on the Law of the Sea, warships on the high seas have complete immunity from the jurisdiction of any State other than the flag State, the infrastructure ministry recalls. 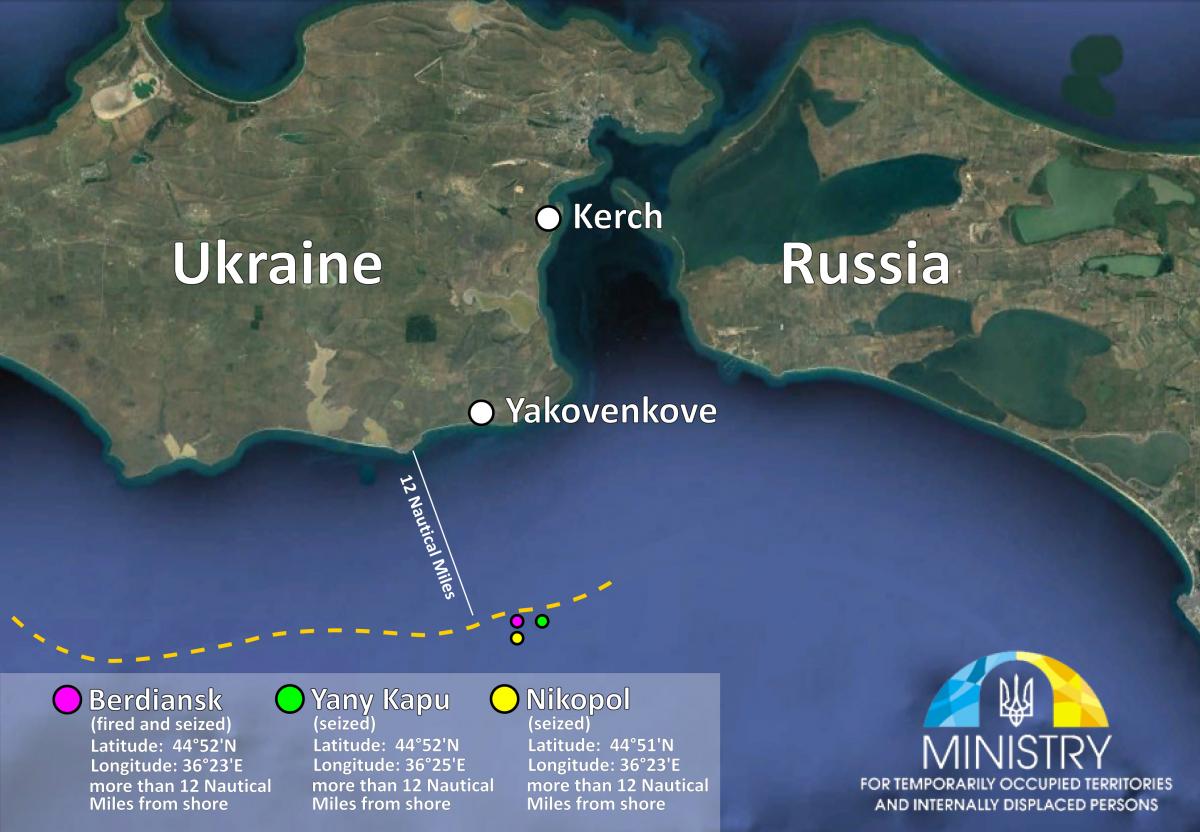 Russia attacked and seized Ukrainian navy boats in the international waters of the Black Sea, outside the line of the state border of Ukraine at sea, which is temporarily beyond Ukraine's control as a result of the occupation of Crimea, the Ministry of Infrastructure of Ukraine says.

"This is evidenced by the location of the military vessels Berdiansk, Nikopol, and Yany Kapu at the time of the firing and detention by military units of Russian Federation," reads the report published on the ministry's website.

According to Art. 95 of the Convention on the Law of the Sea, warships on the high seas have complete immunity from the jurisdiction of any State other than the flag State, the officials recall.

"According to the definition contained in UN General Assembly resolution 3314 of 14 December 1974, an attack by the armed forces of one state on the naval forces or navy of another state is an aggression," the ministry says.

"We emphasize that all detained Ukrainian servicemen are protected by the norms of international humanitarian law, in particular the Geneva Convention Relative to the Treatment of Prisoners of War, 1949," reads the report.

The officials added that those who organized and committed the act of aggression, brazenly violating international humanitarian law, should remember that punishment is inevitable.

"The experience of modern international conflicts proves that the 'sword' of justice ultimately gets not only 'pawns' and 'cogs,' but even heads of states," the report concludes.

If you see a spelling error on our site, select it and press Ctrl+Enter
Tags:RussiaRussianAggressionimmunityBlackSeaKerchStraitinternationallawviolationseaUNGA