The SBU expressed surprise why the Russians had not encrypted communication channels when they realized they were listening. 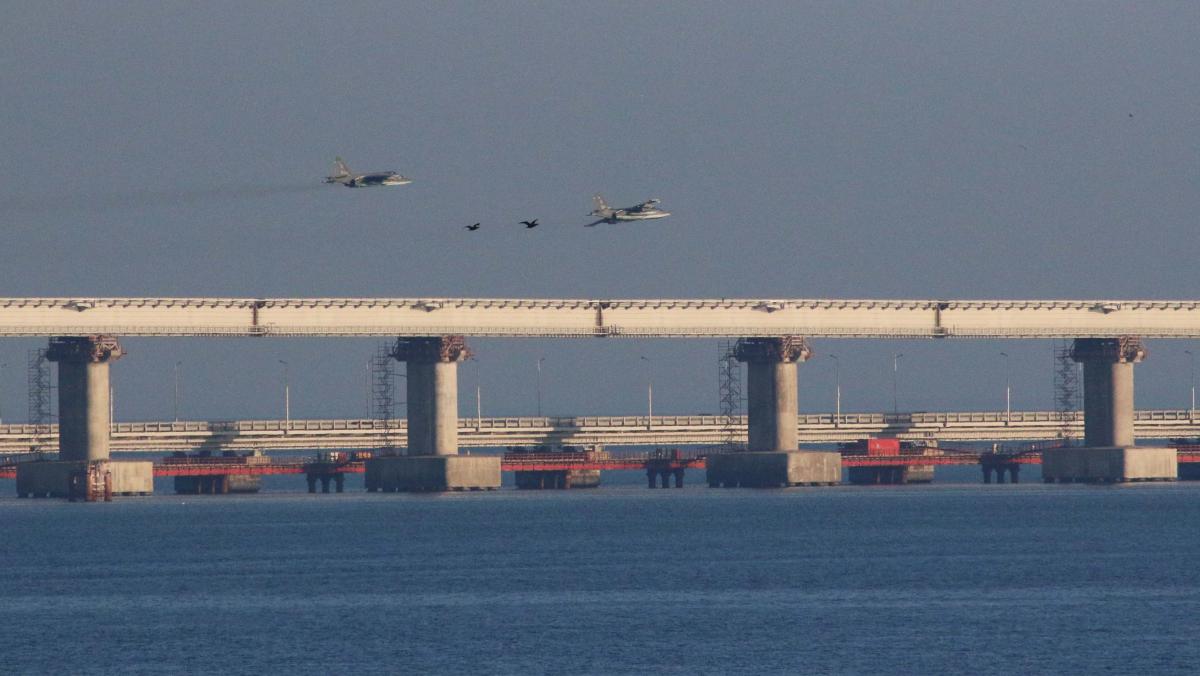 Ihor Huskov, chief of staff of the SBU intelligence agency, has said the seizure of Ukrainian warships could be the beginning of a more cynical provocation of the Russian special services.

"The information we demonstrate remains a mystery to us. We do not exclude that it may be a prologue to a new, more cynical provocation of the Russian special services," Huskov said at a briefing on Friday.

According to him, on November 28, another radio communications between the officer of the FSB Russian Federal Security Service and Commander of the Russian border guard ship, Captain Salyayev, the commander of the Don ship, which had rammed the Ukrainian tugboat, were intercepted.

Huskov says "it follows from the talks that the FSB officer controls the loudness of two sentences, which are repeatedly relayed from the board of the Don ship, and at the end of the conversation the Russian officer marks the time points 2:30, 2:35 of another recording, which acts as a benchmark for him."

"These marks, as well as the sentences 'We'll get into all reports' and 'Who will say that they will not remove from office now?' are taken from a fragment of other radio communications that were published by the General Staff of the Armed Forces of Ukraine on November 26 between officials of the Russian Navy's operational services and the command of Russian warships that pursued Ukrainian ships. This confirms that the Russian leadership gave an order to ram. The talks (announced on November 26) note that two Russian ships collided with each other," Huskov said.

He also expressed surprise why the Russians had not encrypted communication channels when they realized they were being monitored.

"Any special service, when the enemy begins to listen to its talks, immediately changes the communication channel, or goes into encrypted mode. It seems that the Russians, following this rule in Donbas, did not react at all this time. We have two versions: this was done deliberately, and the radio talks themselves are a performance to push the Main Intelligence Directorate of the Ministry of Defense of Ukraine or the SBU Security Service of Ukraine to promulgate talks as evidence of the Kremlin's criminal actions. Therefore, we do not exclude that the Russian special services can instantly release their own story, how this performance was prepared, and as a result discredit our intelligence services to provoke a distrust of radio intercepts, which the SBU and intelligence had announced before," Huskov said.

Another version, in his opinion, is that "the neglect of the rules for countering radio intelligence is either a primitivism at work or ordinary nonsense in Salisbury style."

"Radio talks intercepted on November 28 show that the Russian special services are trying to recreate the acoustic situation in which the Ukrainian ships were rammed: the Russian officer on board the Don added loudness, which was close to the real negotiations of November 25, which is necessary to falsify the new records to veil the Russian attack on the Ukrainian ships as a response to the armed provocation of our ships," he said.

Huskov noted the Russians had already used these techniques to conceal their crimes in Donbas.

If you see a spelling error on our site, select it and press Ctrl+Enter
Tags:SBURussianAggressionfakeKerchStraitcommunicationsfalsificationinterception