Eight individuals have been informed that they are suspects in the criminal case launched earlier. 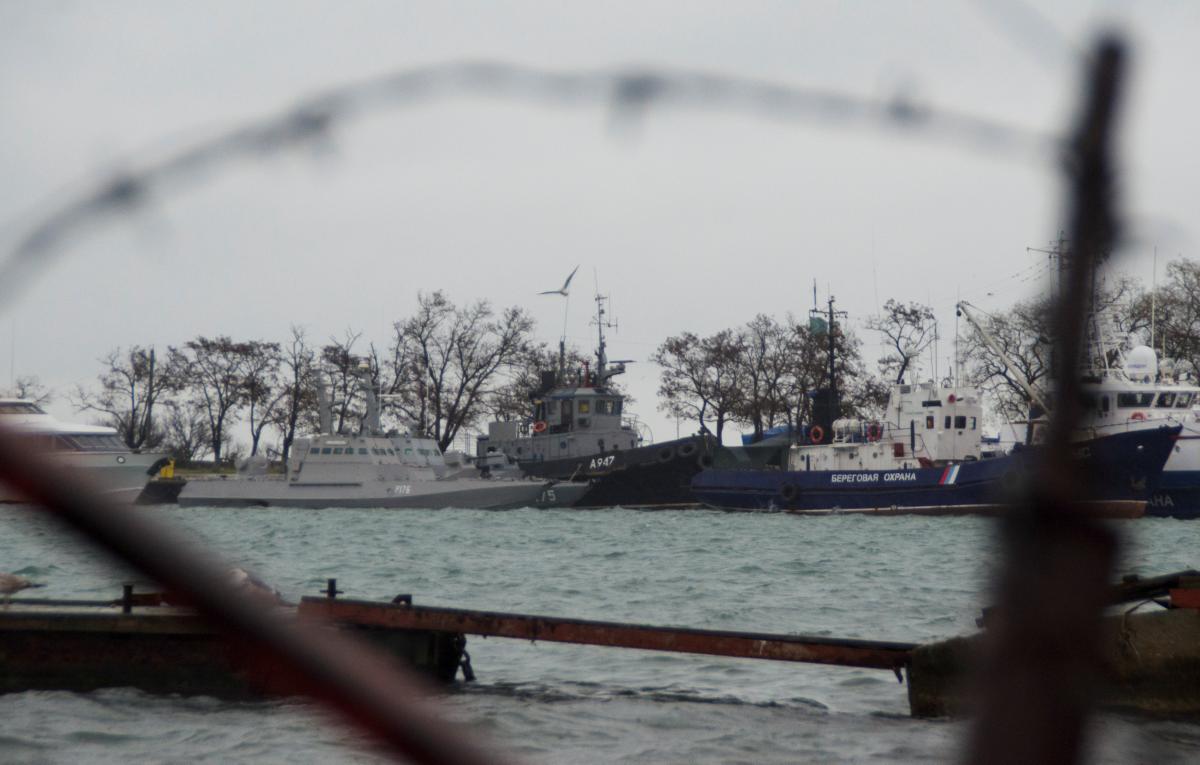 The Prosecutor-General's Office (PGO) of Ukraine has presented a re-enactment of the Russian Coast Guard's attack on the Ukrainian naval vessels near the Kerch Strait.

The investigation collected 17 volumes of evidence proving that Russia had committed an act of aggression against the Ukrainian Navy, PGP spokesperson Larysa Sargan wrote on Facebook, according to LB.ua.

“In particular, we interviewed 75 witnesses (Navy Command, officers on duty and their assistants, the crews of the Horlivka and Balta ships, and other military officials), as well as three victims – relatives of the wounded sailors; made 51 reviews of documents and websites; inspected two ships (Horlivka and Balta), which returned to the port of Odesa; obtained evidence [in the form ] of radio communications between the ships of the Russian Black Sea Fleet, the Border Service of Russia's Federal Security Service (FSB), the Russian air force and air defense about the aggressive actions, the attacks on the Ukrainian Navy vessels and their crews; the voice samples of the main witnesses, the crews of the Horlivka and Balta ships were taken; and warrants for temporary access to items and documents in Odesa and Kyiv were received," she reported.

Eight individuals have been informed that they are suspects in the criminal case launched earlier.

Also, according to the PGO press secretary, the court issued subpoenas for all the suspects to attend a court hearing on putting them into custody.

In the near future, the notices of suspicion are expected to be served to over 10 servicemen of the Russian Black Sea fleet, the FSB border guard service, the air force and air defense, ranging from junior officers to generals.

As reported earlier, on Nov 25, the Ukrainian Navy's small armoured artillery boats Berdyansk and Nikopol, as well as the Yany Kapu tugboat were sailing from the Black Sea port of Odea to Mariupol on the Sea of Azov. Four Russian coast guard ships intercepted the group near the Kerch Strait. The Russian border ship, Don, rammed the Ukrainian tugboat, damaging it.

The Ukrainian naval group decided to continue their journey since they were acting within the framework of international maritime law. When the boats approached the Kerch Strait, Russia announced that the passage was closed.

The Ukrainian crews then reversed and started moving towards the exit from the strait, but the Russian ships began the pursuit. They opened fire and eventually captured the ships and their crews. On Nov 27-28, a Russia-controlled court in Crimea arrested all the Ukrainian sailors, including the injured ones, for 60 days. They were accused of "illegally crossing the Russian border".

Ukraine informed the United Nations Tribunal for the Law of the Sea on the aggression of the Russian Federation in the Kerch Strait. Also, Ukraine is preparing to file a lawsuit with the International Court of Justice.

The State Duma of the Russian Federation decided to award the border guards who had seized the Ukrainian vessels.

If you see a spelling error on our site, select it and press Ctrl+Enter
Tags:RussianAggressionprosecutorsKerchStraitcriminalcasesUkraineNavy