If strong coastal states make unlawful claims and no one reverses them, they could redefine freedom of the sea out of existence—and repeal the law of the sea in areas where they brandish superior military might. 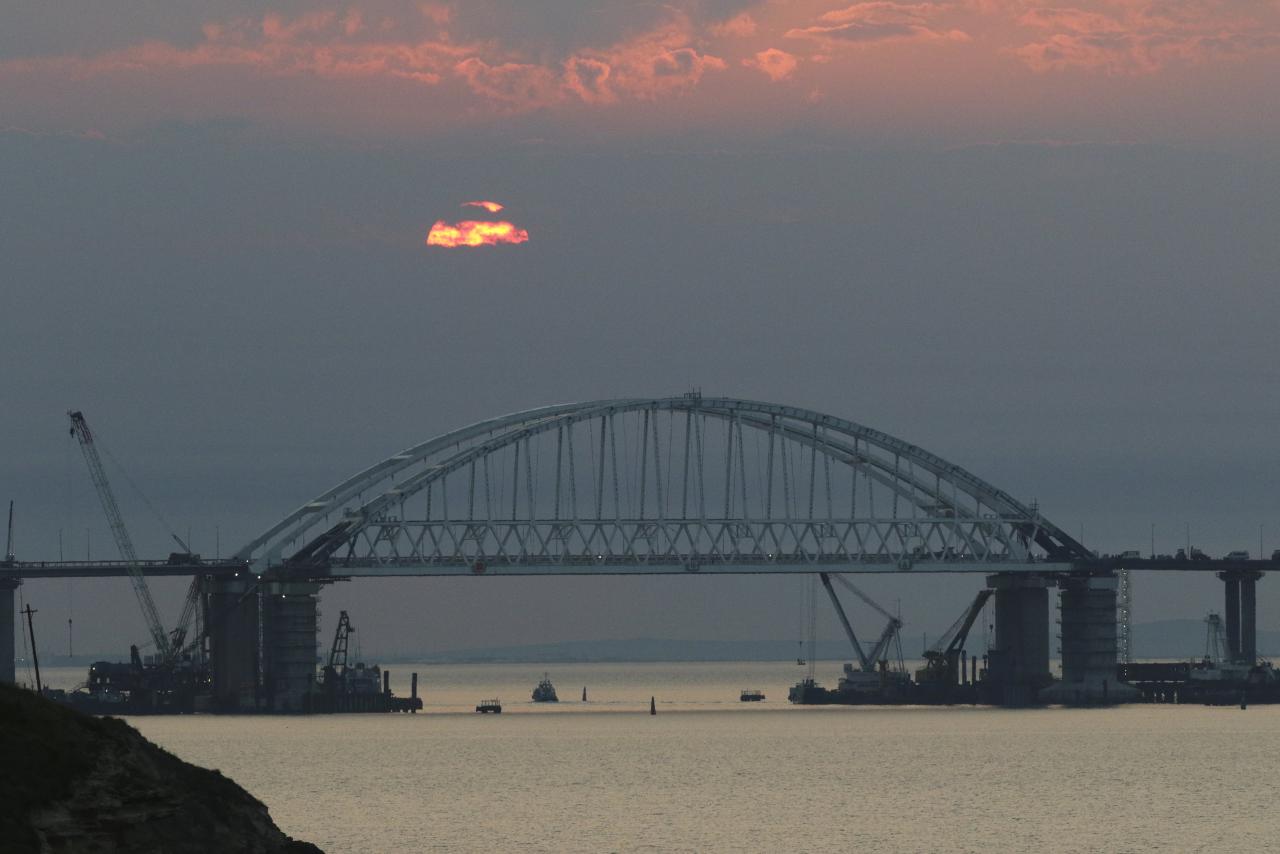 The latest encounter between Russian and Ukrainian vessels in the Kerch Strait, the entryway to the Sea of Azov east of the Crimean peninsula, revived an age-old question in international politics: Can a coastal nation own the sea? International law says no; authoritarian states such as China and Russia say yes. Which view prevails may depend on whether seafaring societies band together and push back effectively against Moscow and Beijing.

Russian ships detained two Ukrainian gunboats and a tugboat after an exchange of fire and after deliberately ramming the tugboat. Captured Ukrainian mariners will be tried in late January. It was the culmination of an increasingly provocative Russian policy, James R. Holmes, chair of maritime strategy at the U.S. Naval War College, wrote in his column for Foreign Policy.

In recent months, Moscow has taken to treating the Kerch Strait as a border checkpoint—a point of entry to sovereign Russian territory. Guards demand that Ukrainian ships request permission before transiting the strait; Ukraine rejects Russia’s right to regulate passage through the sole gateway to Ukraine’s southeasterly seacoast. Moscow has upped the stakes because it can.

Russia annexed Crimea in 2014, granting Russian border guards physical control of both sides of the strait. The new policy flouts a 2003 bilateral agreement designating the Kerch Strait and Sea of Azov “historically internal waters of the Russian Federation and Ukraine.” The pact guarantees ships flying the flags of both countries “free navigation” through these seaways. The two governments further pledged to negotiate a boundary between waters they control. They never did.

Analyses of the recent conflict at sea make much of how it relates to the shadowy land war in eastern Ukraine. Barricading the Kerch Strait makes the Sea of Azov a Russian lake; the Russian Navy can use the sea while the Ukrainian Naval Forces cannot. In other words, Russia’s navy now has the luxury of projecting power ashore or running in supplies from that safe haven while barring its foe from doing the same—a time-honored strategy of stronger naval powers. The U.S.-led coalition made short work of Saddam Hussein’s navy in 1991. Sinking most of the Iraqi fleet and bottling up the remnants in port allowed the coalition to bring in supplies in bulk by sea and pummel Iraqi targets with missile and airstrikes from offshore. The author notes that he knows this for sure as he, himself, helped sink the Iraqi Navy.

Moscow may have more ambitious goals. Indeed, imposing control of the strait helps Russian President Vladimir Putin and his government chip away at the U.S.-led legal order of the seas, much as President Xi Jinping’s China has eroded navigational freedoms in the South China Sea. Both Beijing and Moscow covet the right and power to dictate what happens in offshore waters. They have resorted to armed force to buttress their extralegal claims and are counting on competitors to be unable or unwilling to contest those claims effectively.

Over the longer term, Russia can hope to browbeat Ukraine into acceding to its de facto sovereignty over the Sea of Azov, just as China has evidently cowed the Philippines (and is attempting to cow Vietnam and other maritime claimants) into tacitly accepting its possession of reefs and atolls such as Scarborough Shoal and Mischief Reef. China’s navy and coast guard ensconce themselves on islands and atolls and dare outmatched opponents to dislodge them. This is happening despite a 2016 international court ruling pronouncing China’s seizure of features within the Philippine “exclusive economic zone” unlawful.

Sovereignty is at the heart of all these controversies. Students learn in International Relations 101 that sovereignty means a monopoly on the legitimate use of force within certain lines on the map we call borders. The government wielding the monopoly of force makes laws and regulations and others obey. Under the traditional understanding of maritime law, as codified in the 1982 U.N. Convention on the Law of the Sea, sovereignty applies only to dry land and to a 12-nautical-mile “territorial sea,” or strip of sea immediately offshore. Neither China nor Russia appears to accept that landbound doctrine. The two countries seem to think they can redefine water as national territory.

If they get their way, lawmakers in Beijing and Moscow will make the rules stipulating what navies and merchant fleets may do there. They will restrict military activities in particular. Beijing aspires to enforce “indisputable sovereignty” within a “nine-dash line” it has sketched on the map enclosing most of the South China Sea. Beijing based its claims to nautical sovereignty on the notion that Chinese seafarers have made use of South China Sea’s waters since time immemorial. Meanwhile, the UN convention expressly forbids such historical claims. Moscow is attempting something similar within the solid rim that encases the Sea of Azov.

If strong coastal states make unlawful claims and no one reverses them, they could redefine freedom of the sea out of existence—and repeal the law of the sea in areas where they brandish superior military might.

If you see a spelling error on our site, select it and press Ctrl+Enter
Tags:RussiaUnitedNationsRussianAggressionChinainternationallaw