If released, Sentsov would be able to receive in person the Sakharov Prize at a Strasbourg ceremony Dec 12. 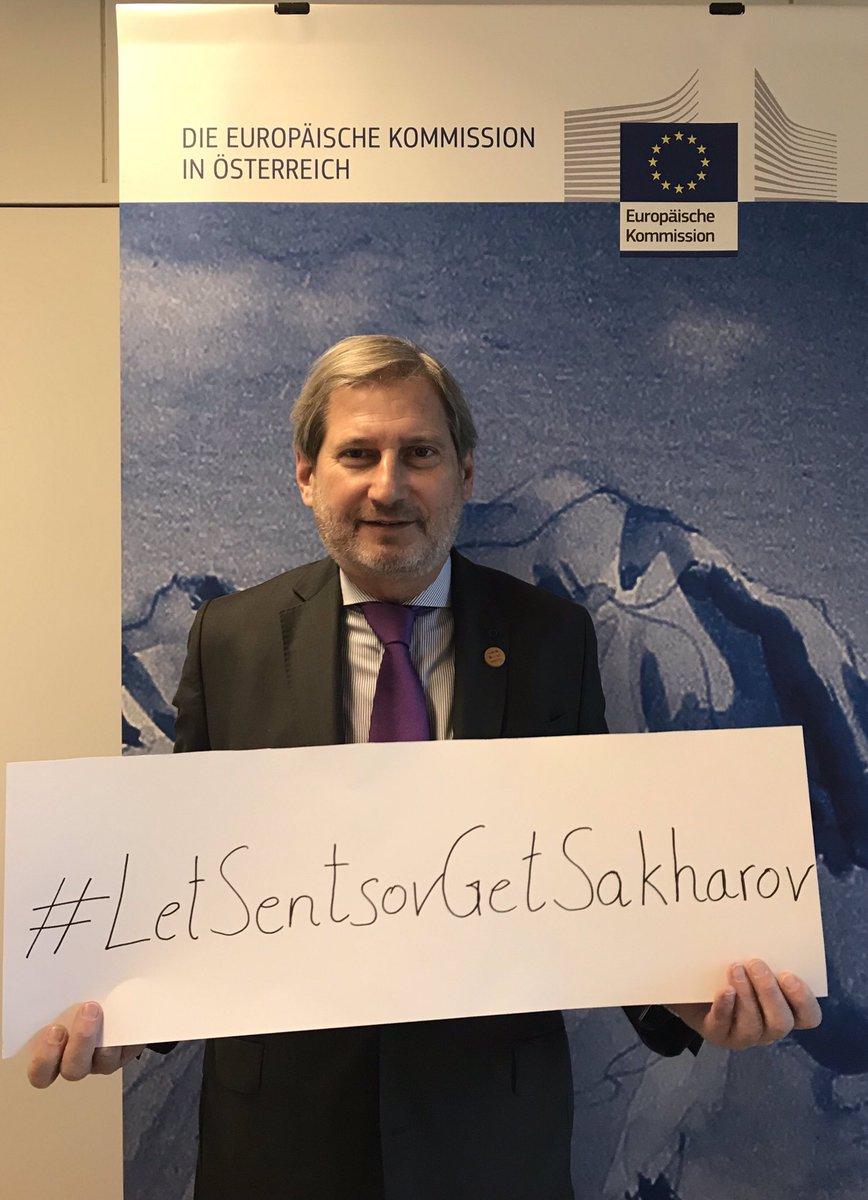 "Next week, #Ukrainian film director Oleg #Sentsov will be awarded the #SakharovPrize by @Europarl_EN. Convicted to 20 years in prison, he won’t be able to receive the prize in person," the Commissioner tweeted.

As UNIAN reported earlier, in spring 2014, Oleh Sentsov was arrested in the Russian-occupied Crimea and in August 2015, he was sentenced to 20 years in prison following an unfair trial where he faced "terrorism" charges stemming from his opposition to Russia's occupation of Crimea.

Sentsov began his hunger strike on May 14, 2018, demanding that Russia free all Ukrainian political prisoners. In early October, Sentsov announced he had to end his hunger strike due to the deterioration of his health and threats of forced feeding.

Moscow-based journalist Natalya Kaplan, Sentsov's cousin, confirmed that she, together with lawyer Dmitry Dinze, would visit Strasbourg on December 12 to take part in in the award ceremony.

If you see a spelling error on our site, select it and press Ctrl+Enter
Tags:RussiaPutinEuropeanUnionHahnFreeSentsovpoliticalprisonersawardLetMyPeopleGo