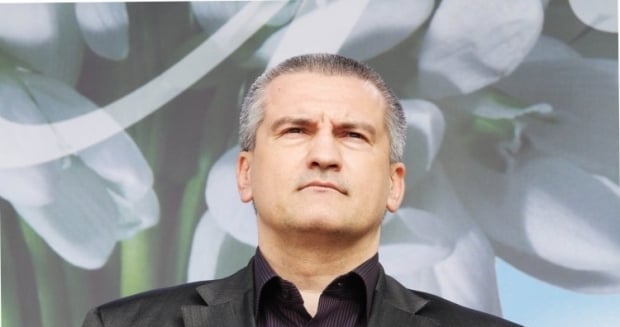 The Russia-imposed head of Crimea, Sergei Aksyonov, has met with Pskov Mayor Ivan Tsetsersky and thanked the Russian military for their help in annexing the peninsula.

A screenshot of Tsetsersky's message about his conversation with Aksyonov was published on Facebook by the Russian edition Moskovsky Komsomolets in Pskov.

Tsetsersky posted his photo with Aksyonov with a caption saying that the latter "once again thanked Pskov paratroopers and special forces for their skillful actions in the spring of 2014 to reunite Crimea with Russia."

"Pskov Mayor Ivan Tsetsersky rather routinely and yet unexpectedly shared details of a special operation in Crimea," the edition said.

A similar message was also posted on Tsetsersky's Instagram account, TJournal reported. However, later it was also redacted and the words about "gratitude" were removed.

As UNIAN reported earlier, Colonel-General, First Deputy Secretary of the National Security and Defense Council Mykhailo Koval, who served as Acting Defense Minister from March 25 to July 3, 2014, named Russian generals, including Alexander Galkin and Andrey Serdyukov and a number of units of the Russian army, who took part in the Crimea grab in 2014.

According to the defense official, the 104th Guards Air Assault Regiment, which is part of the Pskov 76th Airborne Assault Division, also took part in the occupation of the peninsula.

If you see a spelling error on our site, select it and press Ctrl+Enter
Tags:RussiaCrimeaRussianAggressionoccupiedCrimeaillegalannexationAksyonov