The missile corvette Orekhovo-Zuyevo is a multipurpose warship, the seventh in the series of Buyan-M vessels and the second built for the Russian Black Sea Fleet. 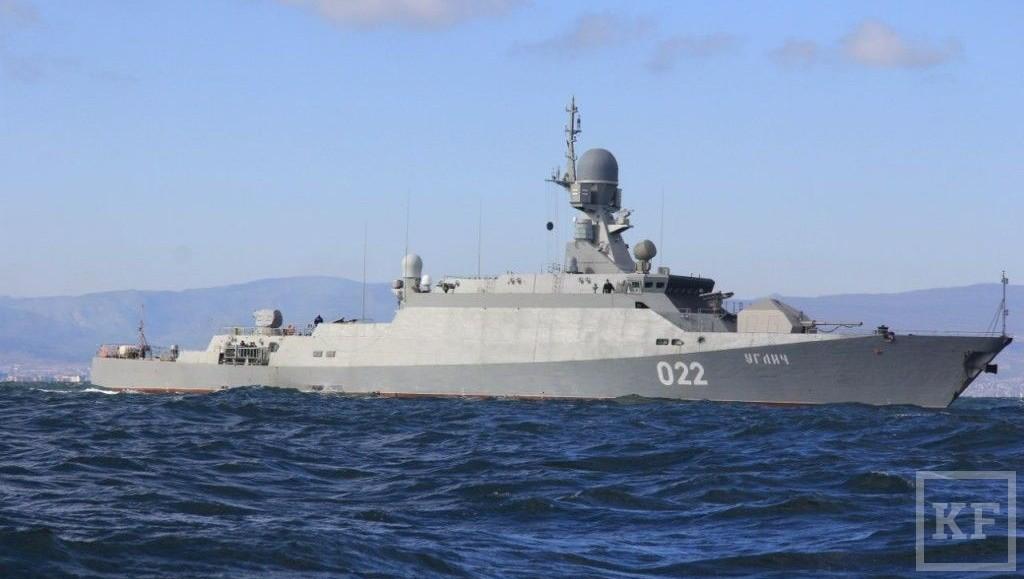 The latest corvette Orekhovo-Zuyevo armed with Kalibr cruise missiles was accepted for service in the Russian Black Sea Fleet in a solemn ceremony held in the occupied Sevastopol, Crimea, on Monday.

As was reported on Friday, the warship completed state trials and arrived for the first time at its new permanent base. The solemn flag-raising ceremony was held aboard the warship on Monday. The warship will make part of the Black Sea Fleet's 41st brigade of missile boats, Russian news agency TASS reports from the scene.

As the Black Sea Fleet's press office reported, the warship's acceptance for service is part of the plans to modernize the fleet. Before the end of the year, the St. Andrew's flag is due to be raised aboard the new patrol ship Vasily Bykov. In 2019, the patrol ship Dmitry Rogachev, the ocean minesweeper Ivan Antonov and a fast-speed amphibious assault ship of a new Project are to enter service with the Black Sea Fleet.

The missile corvette Orekhovo-Zuyevo is a multipurpose warship, the seventh in the series of Buyan-M vessels and the second built for the Russian Black Sea Fleet. The warships of this class are designated to protect and defend the state's sea economic zone.

The warships of this Project feature larger displacement of water and are equipped with the latest Kalibr-NK long-range precision weapons designed to strike naval and coastal targets.