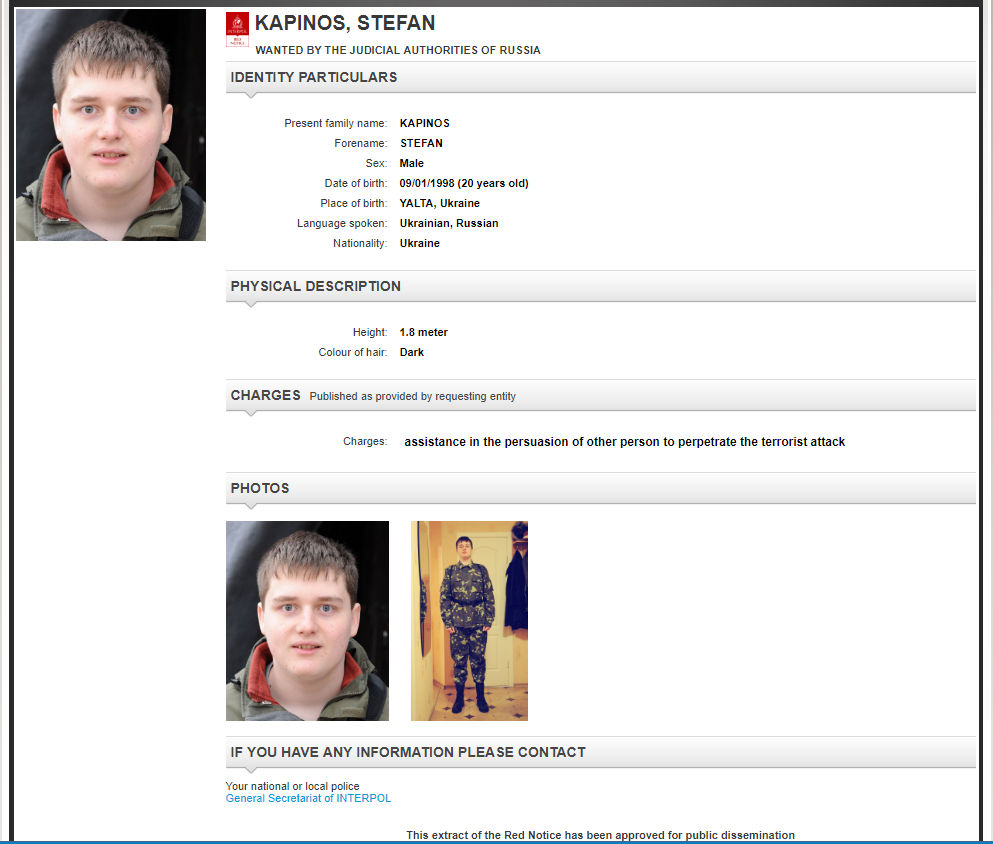 Interpol has put on its wanted list on Russia's warrant a 20-year-old citizen of Ukraine Stefan Kapinos, who the prosecutors claim is an accomplice of Pavlo Hryb, a Ukrainian national who is being tried in Russia on trumped up charges of "abetting terrorism."

According to the Interpol's website, Kapinos is wanted by the judicial authorities of Russia, Hromadske Radio reports.

He is charged with assisting Hryb in the persuasion of another person to commit a terror attack.

According to the prosecutors, Pavlo Hryb under the pressure of Stefan Kapinos inclined Russian schoolgirl Tatiana Yershova from Sochi to make and detonate an explosive device. Russian investigators claim the two met in 2013. Kapinos allegedly taught Hryb how to make improvised explosive devices.

As UNIAN reported earlier, in August 2017, Pavlo Hryb was abducted from Belarus by the Russian FSB security force and consequently illegally arrested in the Russian Federation. Trumped-up charges have been pressed against the youngster under Article 205 of the Criminal Code of the Russian Federation (an act of terrorism). Russian investigators accused Hryb of allegedly plotting a terrorist attack at a school assembly in Sochi.