According to the information received from the Counterintelligence Department of the SBU Security Service of Ukraine, the official's civil wife and her daughter have received Russian citizenship. 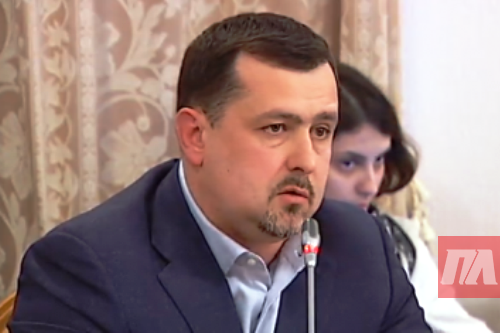 The Counterintelligence Department of the SBU Security Service of Ukraine has confirmed the relatives of First Deputy Chairman of the Foreign Intelligence Service, Serhiy Semochko, are now citizens of the Russian Federation.

According to the decision of Kyiv's Shevchenko district court of November 28 on granting access to Semochko's phone and his family, published in the Unified State Register of court decisions on December 10, the basis for entering information into the register of pre-trial investigations was a statement by the chairman of the board of a public organization dated October 4, 2018 that "the journalist established facts that may indicate the connection of the first deputy head of the Foreign Intelligence Service of Ukraine through his family ties to the aggressor state – the Russian Federation, which could finance the official to obtain information from him."

According to the information received from the Counterintelligence Department of the SBU Security Service of Ukraine, Semochko's civil wife and her daughter are citizens of the Russian Federation.

The investigator's petition stated that, in order to establish whether there was treason on Semochko's actions, it is necessary to obtain from Kyivstar mobile service operator detailed information about telephone communications, including in relation to his relatives.

If you see a spelling error on our site, select it and press Ctrl+Enter
Tags:RussiaSBUcounterintelligenceintelligence