There is no need to impose more sanctions on Russia in response to Moscow escalating the fighting in eastern Ukraine, European Parliament President Martin Schulz said on Wednesday. 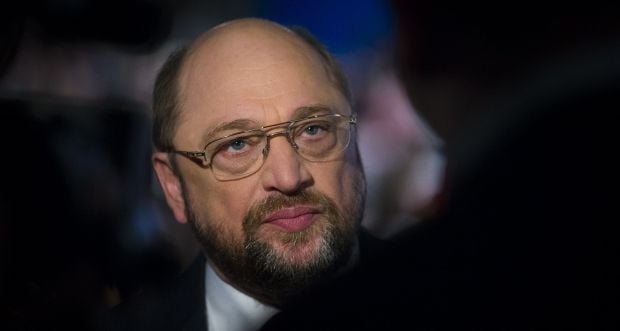 "At the moment the sanctions are rather effective. There is no need for the introduction of the next ones," Schulz told the Austrian news agency APA, according to a report on Polish Radio.

"I doubt that thanks to more sanctions it will be possible to reach an end to the crisis," Schulz said, adding that in the conflict in Ukraine the European Union has to insist patiently on dialogue on the basis of the Minsk agreements. According to Shultz, the EU must clearly show Russia that peace can only be achieved through negotiations rather than military confrontation.

Despite the recent escalation of the conflict by Russia, the European Parliament President said he believes the EU should maintain its current policy.

"We need to try to defuse the crisis through a combination of sanctions with dialogue, otherwise we will face a more serious threat of military conflict,” he said.

Since Russia’s invasion of Ukraine, the president of the European Parliament has adopted a pro-Ukrainian position, stressing the inadmissibility of invasion of one state on the territory of another. He has said that changing state borders in Europe by force is absolutely unacceptable.

"The EU must be ready to respond with new economic sanctions on Russia's actions in situations of conflict," Schulz said in a speech at the European Council meeting in Brussels in December 18, 2014.

Meanwhile, as reported by UNIAN, US President Barack Obama and German Chancellor Angela Merkel agreed on the need to hold Russia to account for its support of the militants and failure to fulfill its obligations under the Minsk agreements.