Poroshenko also handed over a list of humanitarian and infrastructure projects that could be supported by European partners. 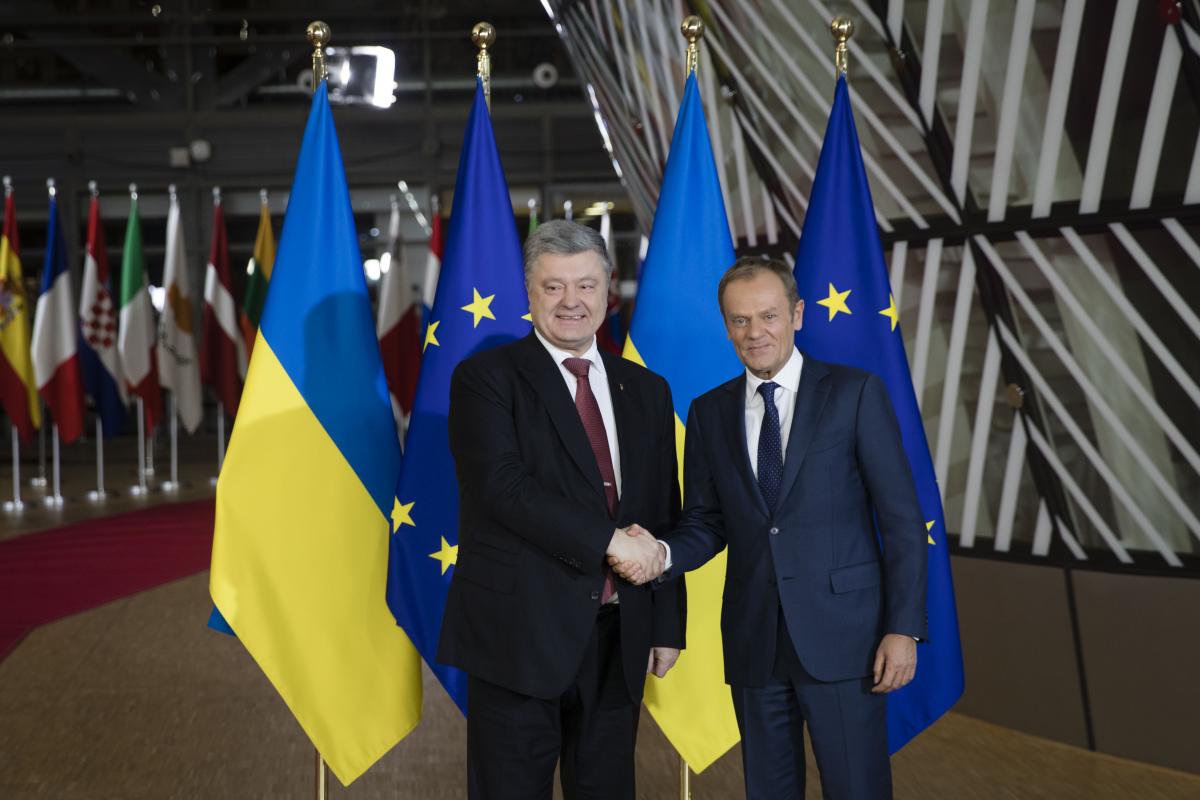 Poroshenko and Tusk in Brussels / Photo from president.gov.ua

Ukrainian President Petro Poroshenko has given President of the European Council Donald Tusk the lists of citizens and ships of Russia involved in an attack on three Ukrainian navy vessels in the Kerch Strait on November 25.

Poroshenko met with Tusk in Brussels on Wednesday, December 12, to tell him about the consequences of the act of Russia's open aggression in the Kerch Strait and existing threats to regional security, the Ukrainian president's press service said.

Poroshenko stressed the need for a powerful and adequate response from the EU to Russia's aggression against Ukraine committed on November 25 to counteract the Kremlin's strategy of "creeping occupation" of the Sea of Azov and the Kerch Strait.

The Ukrainian president called on the EU leaders to condemn the aggressive actions of Russia, demand the restoration of freedom of navigation, the immediate and unconditional release of 24 seized sailors and three ships.

Poroshenko also stressed the importance of strengthening the European Union's assistance to the social and economic development of the Ukrainian Azov region, which suffers from a targeted blockade by the Russian Federation. To this end, the president handed over a list of humanitarian and infrastructure projects that could be supported by European partners.

If you see a spelling error on our site, select it and press Ctrl+Enter
Tags:TuskPresident Poroshenko