Poroshenko spoke with people near the St. Sophia Cathedral. 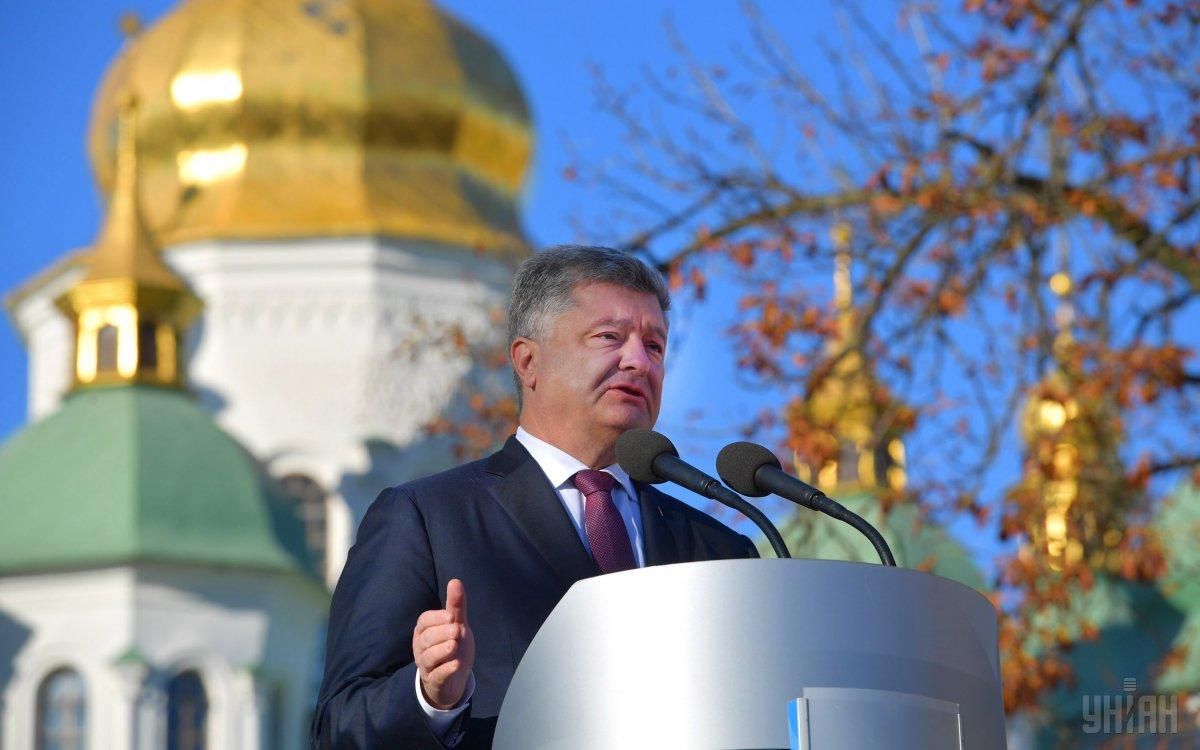 Ukrainian President Petro Poroshenko has arrived at Kyiv's St. Sophia Square, where thousands of people gathered waiting for the decisions of the unification council of the Ukrainian Orthodox churches.

Poroshenko spoke with people near the St. Sophia Cathedral, an UNIAN correspondent has reported.

"We're standing and praying for the Ukrainian church to be created today," Poroshenko said.

"You are not guests, you are participants in the creation of the Ukrainian church," he said.

A unification council will be held at Kyiv's St. Sophia Cathedral on December 15, during which it is planned to announce the creation of a new, unified, independent Orthodox Church in Ukraine, approve its charter, and elect its leader in two rounds.

If you see a spelling error on our site, select it and press Ctrl+Enter
Tags:PoroshenkoUkrainecouncilreligionchurchOrthodox