Russia readies itself for Ukraine's "provocation" by year-end, threatens with "retaliation"

Lavrov alleges the president of Ukraine is discussing the operation on the border with Crimea with his "Western supervisors." 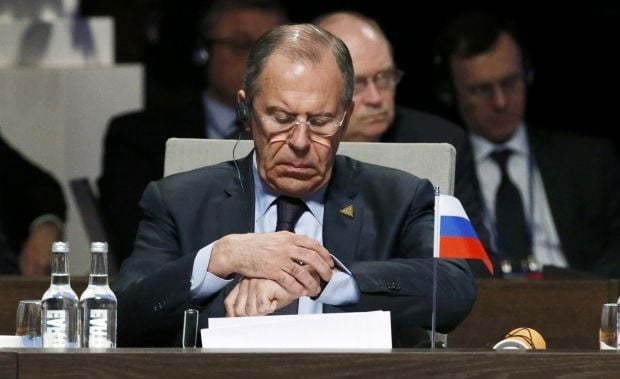 Russian Foreign Minister Sergey Lavrov has said Ukraine has been masterminding an act of "provocation" on the Russian-Ukrainian border, which may happen late in December, therefore he has promised "retaliation."

"Additional information that we have got and which we tend to trust is that Poroshenko is planning an armed provocation on the border with the Russian Federation, on the border with Crimea in the last ten days of December," Lavrov told the Komsomolskaya Pravda radio station, according to an UNIAN correspondent in Russia.

At the same time, he said Russia was ready to "retaliate to the fullest."

"He [Poroshenko] will get an answer to the fullest, I promise," Lavrov said.

He also alleged the president of Ukraine had been discussing the operation on the border with Crimea with his "Western supervisors."

Lavrov said Poroshenko was reportedly advised to support low-intensity military operations so that they could "be constantly yelling through propaganda channels that Russians are attacking Ukraine," without switching the hostilities to the mode that will be followed by full-scale responses.

"The provocation is nasty, petty, our relevant services are taking all necessary measures to prevent such excesses from happening," he said.

If you see a spelling error on our site, select it and press Ctrl+Enter
Tags:RussiaCrimeaPoroshenkoUkraineborderprovocationLavrovretaliation