The Russian-backed militants in eastern Ukraine and Russia are no longer implementing the Minsk Protocol, former Swedish Foreign Minister Carl Bildt wrote on Twitter on Sunday. 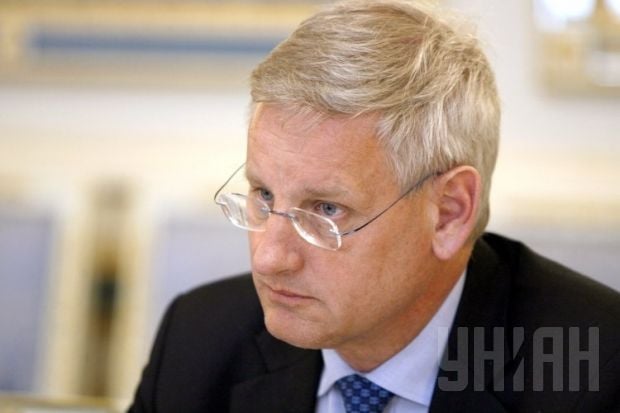 "Russian separatists no longer accept Minsk agreement. Clear from [the OSCE] yesterday. And behind them is Moscow," Bildt tweeted.

As reported earlier, the Ukrainian and OSCE participants of the Tripartite Contact Group to resolve the situation in the Donbas said the failure of Saturday’s talks was due of the position of the Donetsk and Luhansk People’s Republics militant organizations.

Representatives of the Tripartite Contact Group called on all parties to implement the Minsk agreements due to the serious deterioration of the situation in the Donbas conflict zone.

Second Ukrainian President Leonid Kuchma, who is representing Ukraine at the Minsk talks, said the representatives of the militant organizations had not been prepared to negotiate a ceasefire or a withdrawal of heavy weapons, but had issued ultimatums on revising the Minsk agreements reached in September.