Whether Russia invades Ukraine could depend on Trump - media

Putin may believe that Trump, who lately has been loudly repudiating a U.S. role as “the policeman of the world,” is in no mood to defend a remote piece of Ukraine from Russian tanks, journalists suggest. 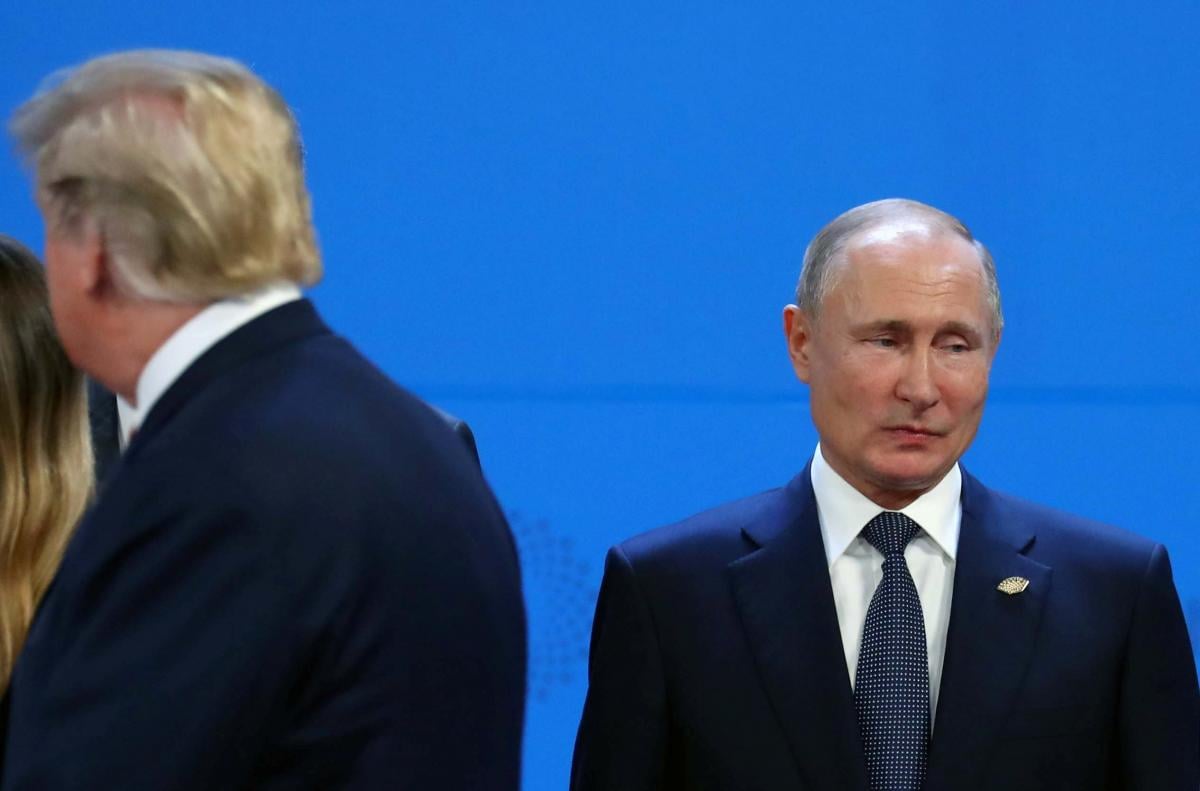 Five weeks since Russia assaulted Ukrainian Navy ships that were passing through international waters near the occupied Crimean Peninsula, its forces have massed near Crimea’s border with eastern Ukraine, prompting warnings from the Ukrainian government as well as independent observers that the regime of Russian President Vladimir Putin may be planning a new attack on the country.

Rather than await the Russians’ next move, the Trump administration should be working with allies to actively deter further aggression, The Washington Post's editorial board wrote in an oped.

Since the Nov 25 naval attack, in which Russia seized three Ukrainian vessels and captured two dozen crew members, its ships have maintained a stranglehold on the Kerch Strait, which connects the Black Sea to the Sea of Azov, and strictly limited ship traffic to Ukrainian ports.

"That activity blatantly violates international law and a treaty under which Russia and Ukraine agreed to share the Kerch Strait and Sea of Azov," the article reads. But apart from U.S. President Donald Trump’s cancellation of a planned meeting with Mr. Putin shortly after the original incident, Moscow has suffered no significant consequences.

Now, the Ukrainians and independent observers are warning that Putin may be planning a ground offensive. The Washington-based Institute for the Study of War reported on Dec 23 that Russian military convoys had been moving toward the border between Crimea and Ukrainian-held territory, and that fighter jets had been redeployed to Crimean airfields. Though the purpose of the military movements is unclear, the ISW said, “The data suggests that Putin is preparing to attack.”

The Russian ruler has motive to escalate his war against Ukraine, being "eager to undermine Ukrainian President Petro Poroshenko, who faces a reelection contest in the spring."

The authors recall that Putin was "infuriated" by a recent move by the Ukrainian Orthodox Church to establish its independence from the Russian church. And he may believe that Trump, who lately has been loudly repudiating a U.S. role as “the policeman of the world,” is in no mood to defend a remote piece of Ukraine from Russian tanks.

It could well be that Putin can accomplish his aims simply by raising the level of tension and by showing he can strangle Ukrainian ports with impunity. But whatever his intentions, the United States and its NATO allies "should be acting to punish" Putin for his coast guard’s actions in the Kerch Strait and to deter an escalation.

The oped suggests there could be a number of steps to be taken, ranging from dispatching warships to the Black Sea, with a stop in the Ukrainian port of Odesa, to stationing NATO or European Union observers in eastern Ukraine.

"There have, as yet, been no sanctions against Russia specifically linked to its seizure of the Kerch Strait; there should be," the article reads.

"Mr. Trump still aspires to friendly relations with Mr. Putin. That won’t be possible if the Russian ruler initiates more aggression against Ukraine or other neighbors," the authors say. "It is consequently in Mr. Trump’s interest to make clear to Moscow that any further attacks will trigger a strong response from the United States."

If you see a spelling error on our site, select it and press Ctrl+Enter
Tags:CrimeawarPutinTrumpKerchStraitgeopolitics