Prospects for Ukraine-U.S. cooperation were discussed at a recent meeting between Yatsenyuk and Pelosi in September 2018. 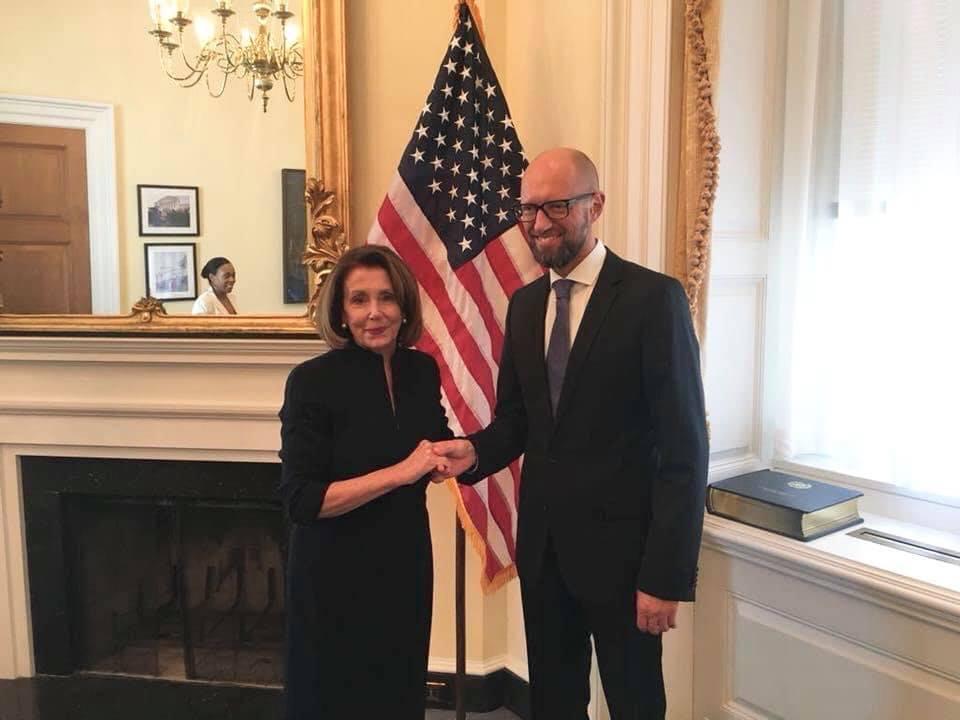 Pelosi  and Yatsenyuk  / Photo from facebook.com/yatsenyuk.arseniy

"I sincerely congratulate the Honorable Nancy Pelosi, a prominent American politician and Ukraine's true friend, upon her election as Speaker of the United States House of Representatives. Mrs. Nancy Pelosi belongs to the prominent leaders of the U.S. Democratic Party. Today's event is a deserved recognition of her national and international accomplishments," he wrote on Facebook late on January 3.

Yatsenyuk says he sincerely commends her wisdom, firmness of principles and personal integrity. "At our last meeting in September 2018, we talked a lot about the prospects of Ukrainian-American cooperation. We are united by strong belief in the success of our partnership," he said.

"I firmly rely on the bipartisan unity of our friends, representatives of the Democratic and Republican parties, in supporting Ukraine," he added.

If you see a spelling error on our site, select it and press Ctrl+Enter
Tags:USAYatsenyukcooperation