As reported earlier, the Constantinople Patriarchate will hold a ceremony in Istanbul on January 5 for the signing of a tomos of autocephaly for the newly-established Orthodox Church of Ukraine. 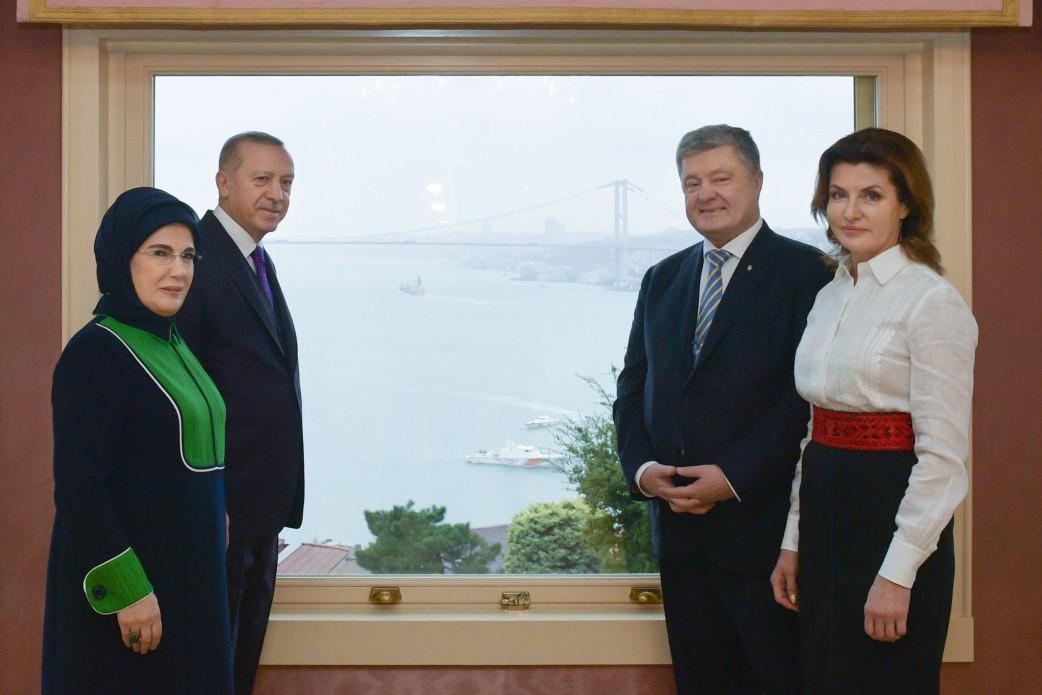 President of Ukraine Petro Poroshenko met with his Turkish counterpart, Recep Tayyip Erdogan, during an Istanbul visit on Saturday, Jan 6.

During the talks, the two leaders discussed ways to strengthen strategic partnership and enhance coordination of cooperation in the international arena. They also discussed prospects of concluding a bilateral agreement on a free trade area, according to the presidential administration's website.

The Head of Ukrainian State highly appreciated Turkey's continued support of the sovereignty and territorial integrity of Ukraine and separately thanked for co-sponsoring the resolution of the United Nations General Assembly approved in December 2018 concerning the condemnation of the militarization by the Russian side of Crimea and the Sea of Azov.

Interlocutors paid special attention to measures aimed to release illegally imprisoned Ukrainians from Russian prisons, as well as to ensure the rights of Ukrainian citizens, including Crimean Tatars, on the territory of the Russian-occupied Crimea.

The presidents of the two countries noted positive dynamics of trade, economic and investment cooperation, as well as the growth of mutual tourist flows.

As reported earlier, the Constantinople Patriarchate will hold a ceremony in Istanbul on January 5 for the signing of a tomos of autocephaly for the newly-established Orthodox Church of Ukraine.

The president is set to attend the ceremony and deliver a statement.

The tomos will be handed over to OCU head, Metropolitan Epifaniy, on January 6.

If you see a spelling error on our site, select it and press Ctrl+Enter
Tags:PoroshenkoErdoganTurkey