Such a reaction of Moscow also shows that it is weaker than many consider in the West. 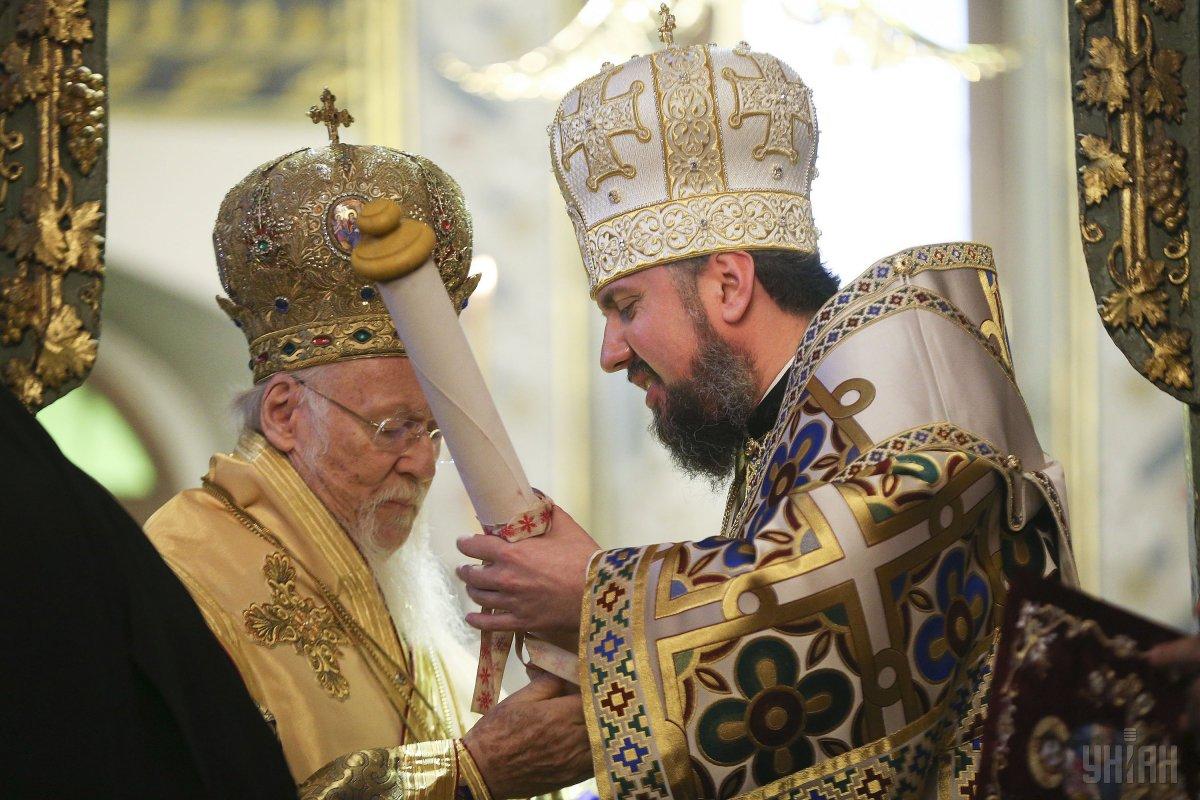 Ukrainian President Petro Poroshenko has criticized Moscow's statements on alleged financial benefits that the Ecumenical Patriarchate of Constantinople has received from the entire procedure of granting the tomos, a decree of autocephaly (independence) of the Orthodox Church of Ukraine.

"In such statements there is nothing sound. They are evil as such. But honestly, after years of Russian aggression and our struggle to restore sovereignty and territorial integrity, we did not expect anything else from Moscow. One who recalls Russian stories about "green men" in Crimea, "vacationers" in Donbas, MH17 and Salisbury should not get into the Kremlin's trap once again," Poroshenko told the Greek newspaper TaNea.

"The Russian leadership is notorious for lies, deception and fake news. Many times they were caught red-handed, spreading lies, but they continue. The very nature of the war that Putin and his regime wage against the democratic world involves discrediting, labeling and counterfeiting," Poroshenko said.

At the same time, the Ukrainian president noted that this fake, created by the Kremlin, is quite demonstrative, since it shows how Moscow perceives the world. "They believe that without a financial reward nothing is possible. I believe that when it comes to confidence and belief in God, especially the restoration of historical truth, there is no place for financial gain. Those who think differently or advocate such fake are servants of the Kremlin in its aspirations against Ukraine's independence and the free world as such," he said.

"There is no money in the world that could buy such people as His All-Holiness Bartholomew. I think people in the Kremlin know this – and, thus, try to falsify his motives. However, God and history know the truth. And those who spread lies, ultimately, will fail. If there is anything from which His All-Holiness gained benefits, it is from the true devotion of Ukraine to the power of faith and the power of God. The Autocephalous Orthodox Church of Ukraine will enrich the world Orthodoxy," the president said.

According to the president, such a reaction of Moscow also shows that it is weaker than many consider in the West. "This is a great lesson. The Kremlin invests all efforts in its image, as if it is impeccable, invincible and omnipotent. This is just another fake. Therefore, Moscow is very angry at Constantinople, because it rejected any claims of Russia regarding Ukraine as its canonical territory," he said.

He added that the Kremlin does not even conceal the fact that the Russian Orthodox Church is considered one of the key instruments of keeping Ukraine in orbit and within the "Russian world." "Moscow, the Kremlin got too used to making the church one of the tools in its hybrid aggression. Creating an independent Orthodox Church in Ukraine deprives them of these opportunities or severely restricts them," he said.

"All Moscow's claims concern the authorities and control over the territory, not faith and love," Poroshenko said, adding that the situation in the Ukrainian Orthodoxy was discussed at the Russian Security Council under the chairmanship of the Russian president.

"When the Russian President says that the collapse of the USSR became the main geopolitical catastrophe of the twentieth century for Russia, the independent Ukrainian church would become the second," he added.

If you see a spelling error on our site, select it and press Ctrl+Enter
Tags:RussiaRussianAggressionchurchPresident PoroshenkoOrthodox