The agency has have been using all measures, including deprivation of urgently needed medical care, to try to force the men to "confess" to their wildly implausible "plot." 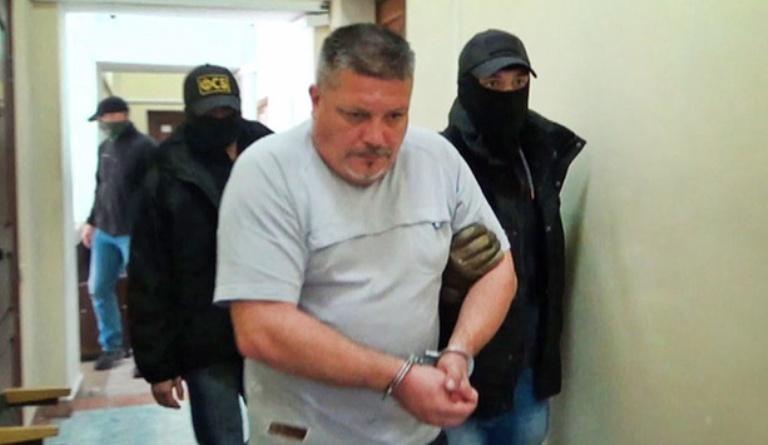 Biological traces in the wrong place and a plot you wouldn’t find in the shoddiest detective novel. These are just some of the weak links in Russia’s latest trial of two Ukrainians from Sevastopol: academic Oleksiy Bessarabov and retired naval captain Volodymyr Dudka.

The FSB have been using all measures, including deprivation of urgently needed medical care, to try to force the men to "confess" to their wildly implausible "plot," according to the Kharkiv Human Rights Protection Group.

The two men, together with another well-known academic, Dmytro Shtyblikov, were arrested on Nov 9, 2016. The FSB claimed that they were "members of a terrorist group of the Ukrainian Defense Ministry’s Central Intelligence Department' who were plotting acts of sabotage on military and other infrastructure.

There had never been any such acts of sabotage, and, judging by the initial videos demonstrated, neither was there any evidence of plans to commit a crime.

The FSB placed all men under enormous pressure and prevented Shtyblikov from seeing an independent lawyer.  Under conditions that remain unclear, he agreed to plead guilty and was sentenced on Nov 16, 2017, to five years’ imprisonment after a "trial" lasting just minutes.

Little is known about Bessarabov, 43, whose family has avoided speaking with human rights activists, however both he and Dudka, who is 54 and in very bad health, deny all charges.  As soon as Dudka was allowed to see an independent lawyer, he told him that he had initially given a "confession" because of intense pressure and threats to his family.

Having extracted a "confession" from Shtyblikov, the FSB were then able to bring him into the "trial" of the other two men as "witness." As Dudka's lawyer Sergei Legostov puts it, Shtyblikov was placed in an impossible position, since any rejection of charges would mean, at very least, that the shorter sentence that he received for the guilty plea, would be changed, and a threat of reprisal behind prison bars would emerge.

Aside from Shtyblikov's forced testimony, there appears to be only highly questionable "evidence" against the other two men which Russia is largely concealing by holding the entire "trial" behind closed doors.

The lawyers in all such cases are forced to sign an undertaking not to divulge any information, however the details that Legostov has been able to give are already sufficient to demonstrate the level of falsifications.

"Biological traces" from both defendants were "found" on a map of the city which allegedly showed marked locations where acts of sabotage had been planned.  However, an expert analysis showed that the traces were all on the edge of the map and not over the entire surface, which makes no sense if this was a map that the men were using.

Both men previously complained that non-procedural measures had been used to obtain biological traces.  Dudka, for example, was seized on the way to the doctor where he was being treated for an ulcer.  Saliva and other samples were taken without any protocol being drawn up and without his lawyer present.  Under such circumstances, it would be easy to later use the samples to fabricate incriminating evidence.

There is a similar situation with the telephones that the men say were planted on them.

An FSB operational video was circulated to the Russian media, with this showing Shtyblikov being roughly pinned down and handcuffed by FSB officers, and then in his home.  The camera focused on the Ukrainian trident, a Ukrainian flag on the wall, and Dmytro Yarosh’s "Right Sector" business card.  Russian channels told their viewers that this was from the nationalist movement banned in Russia, but chose to remain silent about the "Yarosh business card’s" extremely specific history. The card had been first produced by Russia as "incriminating evidence" in April 2014, after supposedly being pulled quite intact from a totally gutted out car.  The absurdity of the claim led to an internet storm of hilariously implausible ‘findings’ of the card. The "incriminating" weapons shown on the video appear to have been airguns, from Shtyblikov’s sporting hobby.

If you see a spelling error on our site, select it and press Ctrl+Enter
Tags:CrimeaFSBsabotagegroup