The Verkhovna Rada on Wednesday recognized the jurisdiction of the International Criminal Court and requested it investigate crimes against humanity and war crimes committed by senior Russian officials and the leaders of the militant organizations in the east of Ukraine. 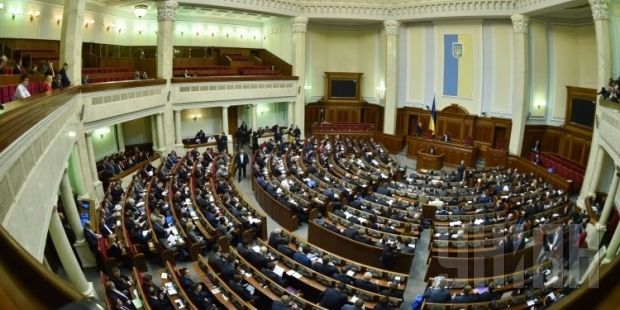 In a bill approved by parliament, MPs said Russian officials and the Donetsk and Luhansk People’s Republics militant organizations were guilty of actions “resulting in very serious consequences, and the mass murder of Ukrainian citizens".

According to UNIAN correspondent, 271 out of 318 deputies registered in the session hall voted for the bill. The Opposition Bloc faction, made up of MPs who previously supported the regime of ousted former President Viktor Yanukovych, abstained from voting.

According to the bill, parliament proposes that the Cabinet of Ministers of Ukraine, the Prosecutor General of Ukraine to collect the necessary materials and proper evidence base for appealing to the International Criminal Court for crimes against humanity and war crimes by senior Russian officials and militant leaders.

According to the bill "since the spring of 2014, the Russian Federation and Russian-backed militants have continued military aggression against Ukraine, accompanied by the annexation of the Crimea and Sevastopol that are part of the territory of a sovereign independent state of Ukraine, and the occupation of part of the Donetsk and Luhansk regions of Ukraine, killing and injuring thousands of citizens Ukraine, including children, and destroying the infrastructure of the whole region, forcing hundreds of thousands of people to leave their homes."

The bill also reads that “during this undeclared war a number of Ukrainian citizens became hostages and are being held captive in the Russian Federation illegally.”

"Taking into account that these illegal actions display signs of crimes of grave and very grave nature against humanity and war crimes, which fall under the jurisdiction of the International Criminal Court, with this bill the Verkhovna Rada of Ukraine recognizes, in accordance with paragraph 2 of Article 11, paragraphs 2 and 3 of Article 12 of the Rome charter, the jurisdiction of the International Criminal Court with regard to crimes against humanity and war crimes by senior officials of the Russian Federation and the leaders of the Donetsk and Luhansk Peoples’ Republics terrorist organizations, resulting in very serious consequences and the mass murder of Ukrainian citizens, starting from February 20, 2014 to the present," the bill reads.

According to the UN data, over the conflict almost 6,000 people have been killed and more than 10,000 wounded, and nearly one million people forced to flee their homes.

Despite sanctions being imposed against Russia by the EU, the United States, Canada, Australia and other countries, Moscow has not stopped the war, and has even deployed its regular troops in the Donbas, according to the Ukrainian government and NATO.