Thus, they once again show that they remain puppets following the instructions of their supervisors as they change, the expert says. 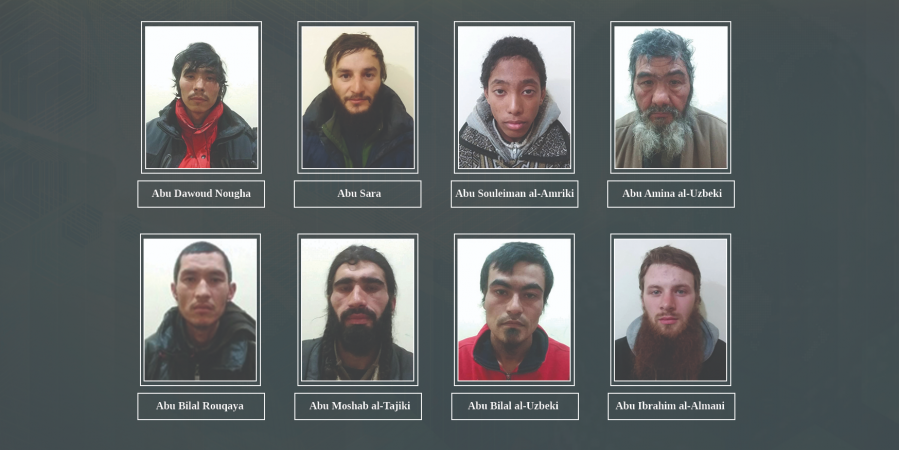 The recent report of the headquarters of the Kurdish people's self-defense forces YPG says they captured in Northern Syria a group of Islamic State terrorists, one of whom was allegedly a Ukraine national.

Nevertheless, as military expert Alexander Kovalenko notes in his article for Southern Express, the Asian-style first and last name of the detainee – Askar Zarmanbetov – raise serious doubts about his Ukrainian origin.

The expert recalled that Russian propaganda through its media outlets and public figures, including those acting under the guise of non-governmental organizations, had long been trying to impose on international public an idea that Ukrainians are fighting for the Islamic State, in an attempt to present Ukrainians as "terrorists" as part of the information warfare efforts.

This time, the expert notes, Moscow seems to have resorted to the services of their "old-new puppet assets," the Kurds.

"Returning to the name of the detainee, it is noted that such information spin may be taken seriously by fast food information consumers in Russia itself, where such peculiar names are a common thing for a multinational Federation and sound quite appropriate for Russians in the context of their hybrid state. In principle. The same is true for Western news consumers who don't understand national subtleties," the expert suggests.

However, the timing and the background of the latest announcement by YPG about a Ukrainian fighter in the ranks of ISIS is something that should be noted separately.

As reported earlier, according to the plan of U.S. President Donald Trump, the Americans who have been supporting the Kurds will gradually withdraw their units from Northern Syria. This, in turn, clears the path for further advance into the YPG-territories of the Turkish army. And, as the world has seen during the “Euphrates Shield” and “Olive Branch” campaigns, the Kurds don't stand a chance against Turkish forces.

In this regard, YPG Commander Sipan Hemo, turned to Moscow and Damascus with a proposal to transfer control over the Kurdish territories to the Syrian authorities and their Russian patrons. To this end, the Kurdish leader paid emergency visits to the  Russian-controlled Hmeimim airbase, Damascus, and Moscow.

And literally this week came the reports that the Russian military emerged in the Manbij area on the northeast of the Aleppo province, a region that is mainly controlled by the Kurds. That is, the transfer of control to Damascus and Moscow over Kurdish territories has already begun, and it might as well be that information support of Kremlin propaganda narratives by Kurds was one of the conditions of the Kremlin's support.

The expert warns that such the Kurds may deliver more such messages in the near future.

“But if they wished to check medical insurance papers of the detainees, I’m sure they'd see Russia's Federal Compulsory Medical Insurance Fund pop up immediately. That's where almost all militants sent to ISIS through Russia's Dagestan received compulsory medical insurance,” the expert concluded.

"And therefore, another fake story in an attempt to bind Ukraine to ISIS, while Russia itself is the largest supplier of manpower to this terrorist organization, can be considered as failed.

Meanwhile, the expert adds, "the Kurds have once again proved their reputation as puppets, whose position changes as their masters do."