Journalist Oleksiy Podolsky, a plaintiff in the case of the murder of journalist Georgy Gongadze, has said there is a threat to the life of former Interior Ministry General Oleksiy Pukach, who was sentenced to life imprisonment for Gongadze’s murder. 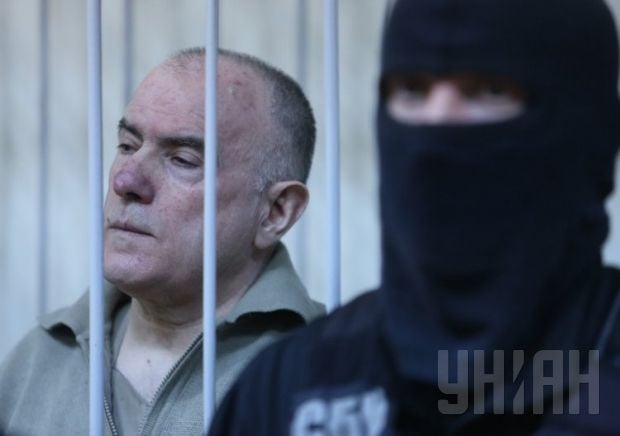 Podolsky, speaking at a press conference in UNIAN on Thursday, claimed threats and attempts at blackmail had come from a judge, Andriy Melnyk.

According to Podolsky, Pukach is an important witness for those who ordered Gongadze's murder and he "may suffer the same fate as [former Interior] Minister [Yuriy] Kravchenko, whom I have evidence, was murdered."

Podolsky claimed Pukach had been blackmailed and threatened by Melnyk, a judge of Pechersk District Court in Kyiv, to change his testimony so as not to name former Ukrainian President Leonid Kuchma as being among those who ordered Gongadze’s murder.

According to Podolsky, Pukach claims he was also blackmailed and threatened by representatives of the public prosecution service.

"[Pukach] also said that he was ready to name the names and positions of those generals of the SBU, the Interior Ministry, the higher ranks of the GPO, who went to his room to study the case and threatened not only his life but also those of his family. All of these threats and the blackmail were organized by Judge Melnyk, with one goal - to get Pukach to withdraw from his testimony the allegation that the murder was ordered by Kuchma and [former Presidential Administraton Head Volodymyr] Lytvyn,"Podolsky said.

He said that now "these people are themselves in top positions in our law enforcement system - they did not run away with [former President Viktor] Yanukovych, and continue to talk about the reform of the judicial system and law enforcement."

"So the danger to Pukach comes not only from … Kuchma and Lytvyn, it also comes from those [of their] associates who fabricated and forged this case," Podolsky said.

He said that the previous panel of judges at the court failed to investigate these allegations by Pukach, and the new panel of the court is still ignoring Pukach’s claims.

"For a year there has been a statement about these crimes, threats to the lives of children by those who ordered the killing, but neither the court nor the GPO nor the SBU have lifted a finger to investigate this crime, or even formally opened criminal proceedings," Podolsky said.

Podolsky’s representative, Oleksandr Yelyashkevich, said that two Bloc of Petro Poroshenko MPs - Vitaly Kupriy and Andriy Denisenko - will be Podolsky’s official representatives in proceedings related to the claims of Pukach.

"We specifically asked the deputies from the Bloc of Petro Poroshenko because these deputies have put into practices the promises of [President Petro] Poroshenko about the openness of judicial proceedings," Yelyashkevich said.

He also said that on Friday "concrete steps" would be taken by Podolsky’s representatives to ensure that this process is an open one.

Kupriy in turn, noted that under the current legislation Pukach’s statement has to be entered on the Unified State Register of Pre-Trial Investigations within 24 hours, and an investigation into his claims opened.

"At this time, because we're [still] trying to start this thing, I have no confirmation of whether the statement has been entered into the register. It may turn out [that it happens] tomorrow, if the process is open. In any case, nothing prevents us from making another statement."

Denisenko said that the two MPs would demand that those members of the public prosecution service “who supported the closed nature of the judicial process during the time in office of [former Prosecutor Viktor] Pshonka and thereafter” not be allowed to participate in further proceedings on the case.

The press conference participants issued a collective appeal to Prosecutor General Vitaly Yarema in relation to the closed consideration of the appeals in the Pukach case. The MPs demanded that those materials of the case that do not contain state secrets be made public.

As UNIAN reported earlier, on January 29, 2012, Pecheskiy District Court in Kyiv found Pukach guilty of the murder of journalist Georgy Gongadze in September 2000 and sentenced him to life imprisonment.

"The complaint concerns only the incompleteness of establishing a motive for the crime," the lawyer said at the time. Podolsky, a plaintiff in the case, also appealed against the verdict handed down to Pukach.

On November 24 last year, Kyiv Court of Appeals agreed to consider the appeal against the Pukach verdict in closed session.

Subsequently, Interior Minister Arsen Avakov and chairman of the SBU Valentin Nalyvaychenko have said they believe that the consideration of the appeal against the Pukach verdict should take place in public.

The Court of Appeals on December 8 postponed its consideration of the appeal indefinitely.