The lawyers plan to appeal against the court rulings. 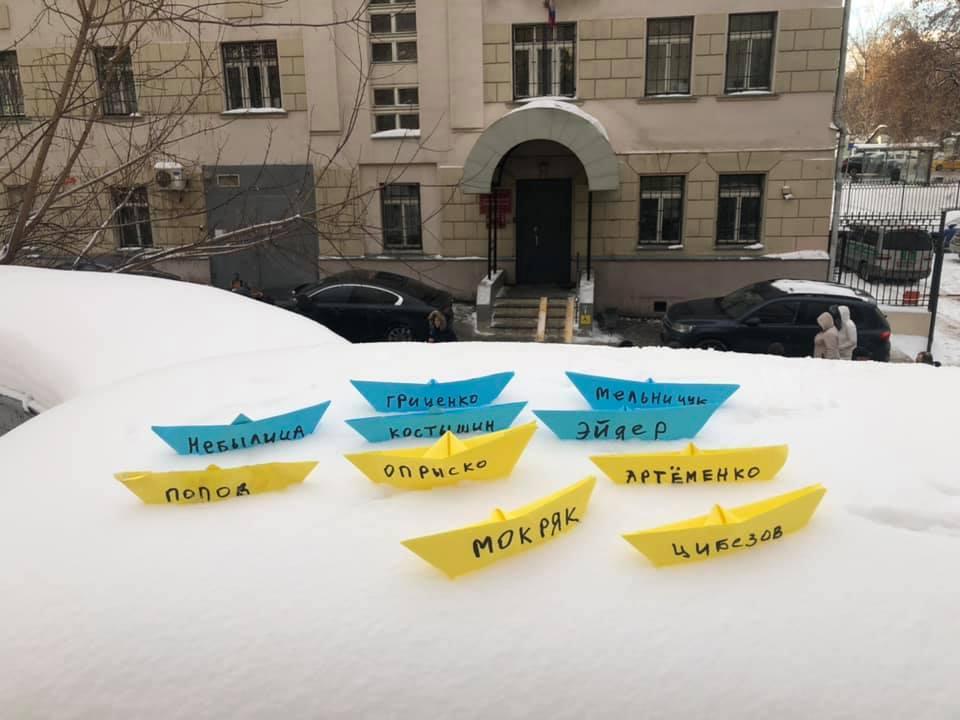 Moscow's Lefortovo district court has extended the detention term for all 24 captive Ukrainian sailors until April 24.

The decision on the last four Ukrainian sailors was announced at court hearings on Wednesday, January 16, according to an UNIAN correspondent in Russia.

The lawyers plan to appeal against the court rulings.

As UNIAN reported earlier, Moscow's Lefortovo district court on January 15, 2019, decided to keep 20 Ukrainian sailors in remand until April 24. The judges were considering cases of the Ukrainian sailors spilt in fours in each courtroom.

If you see a spelling error on our site, select it and press Ctrl+Enter
Tags:RussiaUkrainedetentioncourtMoscowcaptivityPOWscrewsailor