UN: Decision on UN peacekeeping mission in Ukraine can only be made by UN Security Council.

It will ultimately require a decision of the UN Security Council for a UN peacekeeping mission to be deployed in Ukraine, Deputy Spokesman of the Secretary‑General Farhan Haq has said, Russian news state agency TASS has reported. 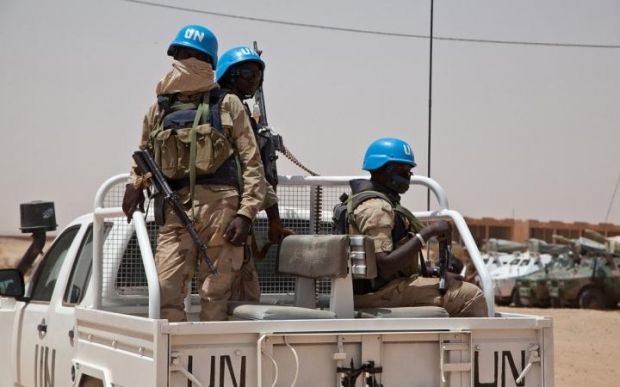 According to Haq, in order for the Department of Peacekeeping Operations of the United Nations to formally begin preparations for the deployment of "blue helmets" in Ukraine, two conditions must be fulfilled.

"There must be an appropriate request from the country, as well as a mandate approved by the Security Council. So far, neither of the conditions exists," Haq said.

Haq also said the Security Council was not holding any official discussions on this matter. However, he said he does not rule out that the issue of sending peacekeepers may be being discussed at an informal level.

Russian Foreign Ministry spokesman Alexander Lukashevich said earlier that this topic would be raised at the meeting of the presidents of Russia, France and Germany, which is to be held on Friday evening in Moscow.