Poroshenko: Kremlin banks on undermining Ukraine from within, will make use of 2019 elections

Poroshenko predicts the year 2019 will be decisive. 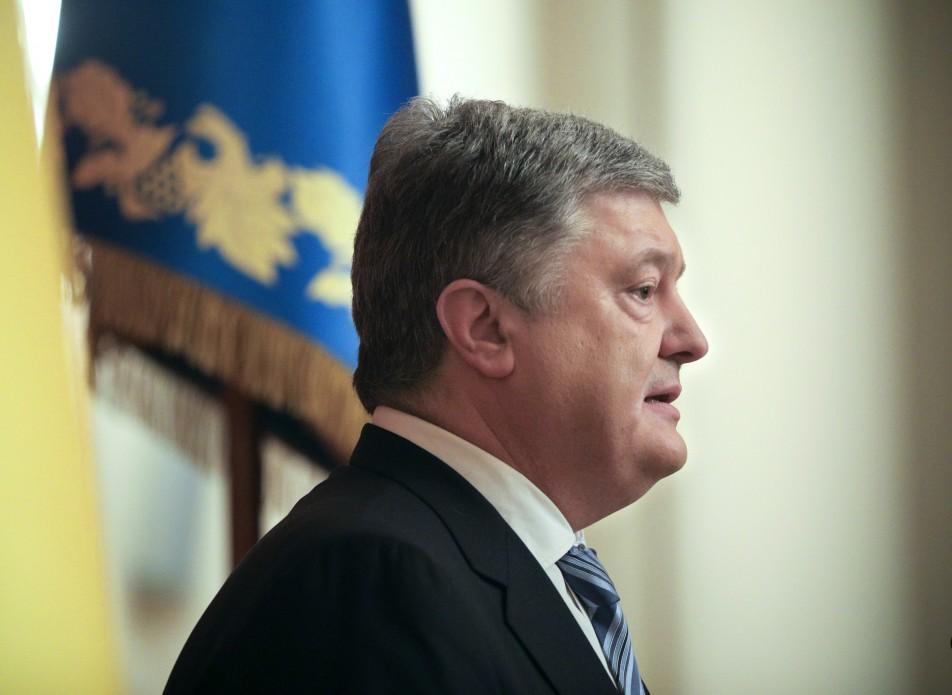 Ukrainian President Petro Poroshenko says the Kremlin is banking on undermining Ukraine from within and Moscow hopes that the politicians it controls will be elected during the presidential and parliamentary vote in 2019.

"The Kremlin is aware that the Ukrainian army has become much stronger over last years. It realizes that any attempt of further military invasion would end close to disastrous for the aggressor. Therefore, the Kremlin is banking on undermining Ukraine from within," the presidential press service quoted Poroshenko as saying at an annual meeting with heads of diplomatic missions of foreign states and international organizations accredited in Ukraine.

"The year 2019 will be decisive from this standpoint. The Kremlin has been preparing itself for it for long and at length. There is no secret about Moscow's plans. The Russian leaders do not even bother themselves much with masking their intentions – to bring to office the authorities to be under its control as a result of the presidential and parliamentary elections this year," the president said.

"The aim is also quite clear – to stop democratic developments in Ukraine, its progress along the way of the European and the Euro-Atlantic integration, and to bring it back to the so-called 'Russian sphere of influence,'" Poroshenko said.

"This is not just our take. Russia's meddling to influence Ukraine's elections is well under way. That said I would like to assure you that as president, I will do my utmost, first of all, to minimize the Russian influence on our elections," Poroshenko added.

The president also emphasized that he would do everything to create all conditions necessary for free and fair elections in Ukraine in line with the highest international standards.

"To that end, we have invited observers of reputable international organizations and countries to monitor the presidential elections," he added.

If you see a spelling error on our site, select it and press Ctrl+Enter
Tags:RussiaPoroshenkoUkraineKremlinelectionsundermining