Oleksiy Pukach, convicted of the murder in 2000 of journalist Georgy Gongadze, has claimed prosecutors Volodymyr Shylov, Roman Voloshyn and the judge of Pechersk District Court Andriy Melnyk forced him not to mention former President Leonid Kuchma and former head of the Presidential Administration Volodymyr Lytvyn in testimony at his trial in 2012. 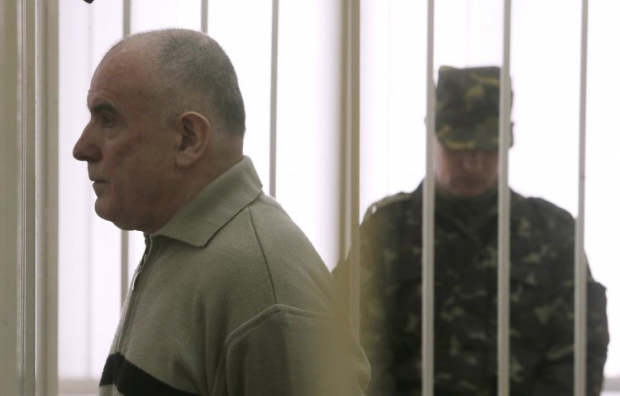 According to an UNIAN correspondent, Pukach made the claim on Friday at hearings held by the Appeals Court of Kyiv, which is considering a legal appeal against Pukach’s guilty verdict.

Pukach also said that another group of people (without specifying whom) intended to involve in the case of Gongadze’s murder the leader of the Batkivshchyna political party Yulia Tymoshenko and the party’s deputy leader, Oleksandr Turchynov.

"But I could not make all these people guilty," Pukach said.

He also claimed that Valentyna Telichenko, the lawyer of Gongadze’s widow Myroslava Gongadze’s, had also exerted pressure on him.

At the same time, during the hearings the journalist Oleksiy Podolsky, a plaintiff in the case of the murder of journalist Georgy Gongadze, addressed the court to consider and submit to the General Prosecutor Office his statement on the crimes committed by prosecutors Shylov, Voloshyn and the judge Melnyk during the proceedings of Pukach’s chase.

According to Podolsky, these people put pressure on Pukach and forced him to give the testimony they needed.

The court judges retired to the deliberation room to make a decision.

"The complaint concerns only the incompleteness of establishing a motive for the crime," the lawyer said at the time. The journalist Podolsky, a plaintiff in the case, also appealed against the verdict handed down to Pukach.

On November 24 last year, Kyiv Court of Appeals agreed to consider the appeal against the Pukach verdict in closed session.

Subsequently, Interior Minister Arsen Avakov and chairman of the SBU Valentin Nalyvaychenko have said they believe that the consideration of the appeal against the Pukach verdict should take place in public.

The Court of Appeals on December 8 postponed its consideration of the appeal indefinitely.

Also, on Wednesday it was reported that the Security Service of Ukraine had declassified the materials of the Pukach case.