Poroshenko calls on Israel to facilitate release of Ukrainian sailors

The interlocutors also commended the agreement on the free trade area, which will be signed between Ukraine and Israel this evening. 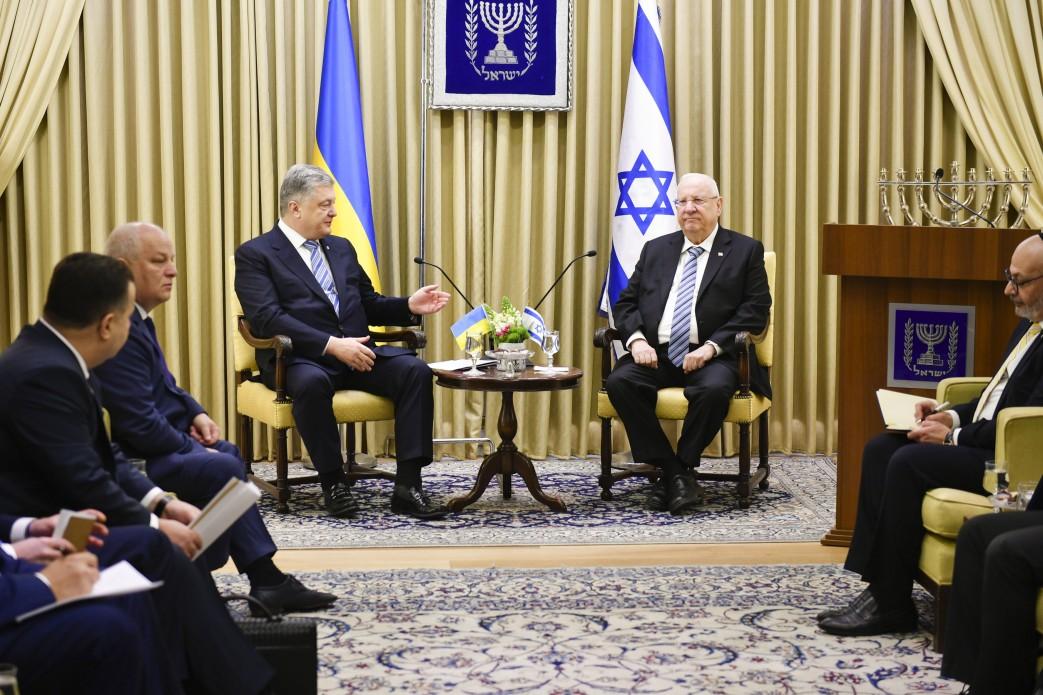 Ukrainian President Petro Poroshenko during a meeting with President of the State of Israel Reuven Rivlin called on Israel to facilitate the release of Ukrainian sailors illegally captured by Russia during a treacherous act of aggression in the Kerch Strait.

During the meeting a wide range of issues of the bilateral agenda and ways of further development of traditionally friendly relations between Ukraine and Israel were discussed, according to the press service pf the Ukrainian president.

Particular attention was paid to the topical issues of the international agenda, including the issues of conflict resolution in the Middle East and the crisis in Syria.

The parties noted the importance of strengthening political contacts between the two states at the highest level and expressed support for maintaining a high dynamics of bilateral visits in the future.

The interlocutors also commended the agreement on the free trade area, which will be signed between Ukraine and Israel this evening.

Poroshenko also invited Rivlin to pay a visit to Ukraine in 2019.

If you see a spelling error on our site, select it and press Ctrl+Enter
Tags:RussiaPoroshenkoIsraelKerchStraitPOWs