Russia did not accept the fact that Ukraine had gained independence, the head of state said. 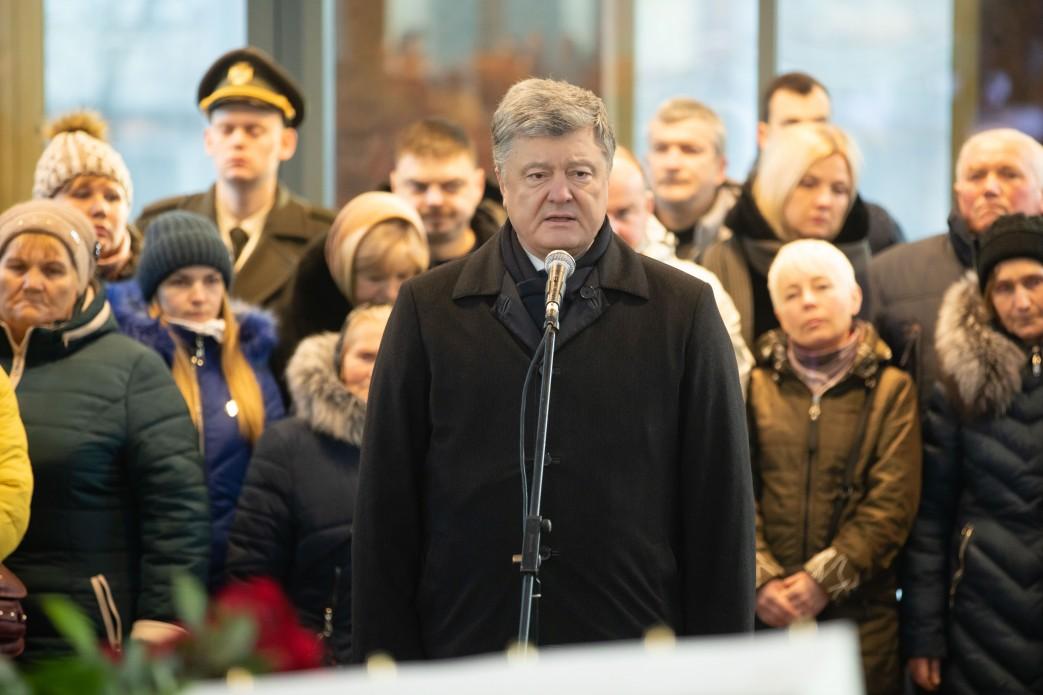 "Literally, [the Kremlin's] attempts to restore the Russian empire began from the moment when we declared our independence. In our current experience, we can precisely name these attempts as the start of a 'hybrid war' against Ukraine," he said at an event at Kyiv's St. Sophia Square to mark Unity Day, the 100th anniversary of the proclamation of the Act of the reunification of the Ukrainian People's Republic and the Western Ukrainian People's Republic.

According to the president, Ukrainian politicians became "tools" for the enemy, as they drew a map on splitting Ukraine and dividing it into Russian-speaking and Ukrainian-speaking parts.

Read alsoPoroshenko: No "federations" or "special statuses" to emerge in Ukraine

"They looked indifferently at the [Ukrainian] army being plundered, and helped tie a 'gas noose' of oppressive contracts around the neck of the country's economy," he said.

Poroshenko mentioned the first "human chain" was formed by Ukrainians on January 21, 1990, when 450,000 people symbolically "united" the cities of Ivano-Frankivsk, Lviv and Kyiv.

"On January 21, 1990, a 'human chain' of Ukrainians, who joined their hands, connected Lviv with Golden-Domed Kyiv. It was a visible sign that the [country's] independence has come. The nation remembered its historical experience, leaning on it," he stressed.

"This is how an independent, united and indivisible Ukraine emerged, from Chernihiv to Crimea and from Uzhgorod to Luhansk," he added.