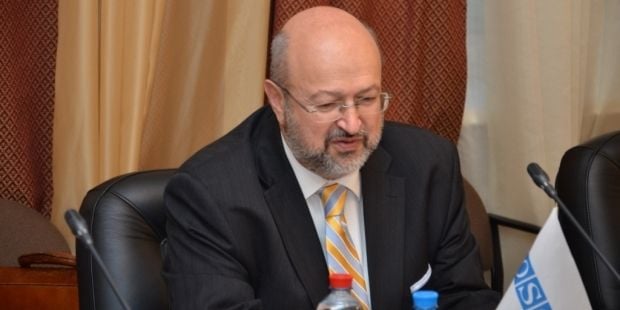 "For many years we have dealt with similar situations in the former Soviet Union - from Transnistria to South Ossetia, Abkhazia and Nagorno-Karabakh,” Zannier said.

“And Ukraine in some way shows that there is a common thread that connects all these conflicts.

“To some extent we can say that attempts to transform such conflicts into protracted political situations [is] not necessarily the worst-case scenario, considering what alternatives we [can] see now in eastern Ukraine.”

According to Zannier, a way now has to be found to de-escalate the situation.

"It all depends on the policy of the leaders, who have to try to find a way out,” he said.

“In eastern Ukraine, we, as the international community, unfortunately, have failed in this. Therefore, we continue to have an active conflict with a narrative that in the future may become even more difficult, if we cannot change it and achieve a ceasefire.”