Poroshenko, Merkel agree on further pressure on Russia for release of all Ukrainian hostages

Poroshenko and Merkel met on the sidelines of the World Economic Forum in Davos, Switzerland. 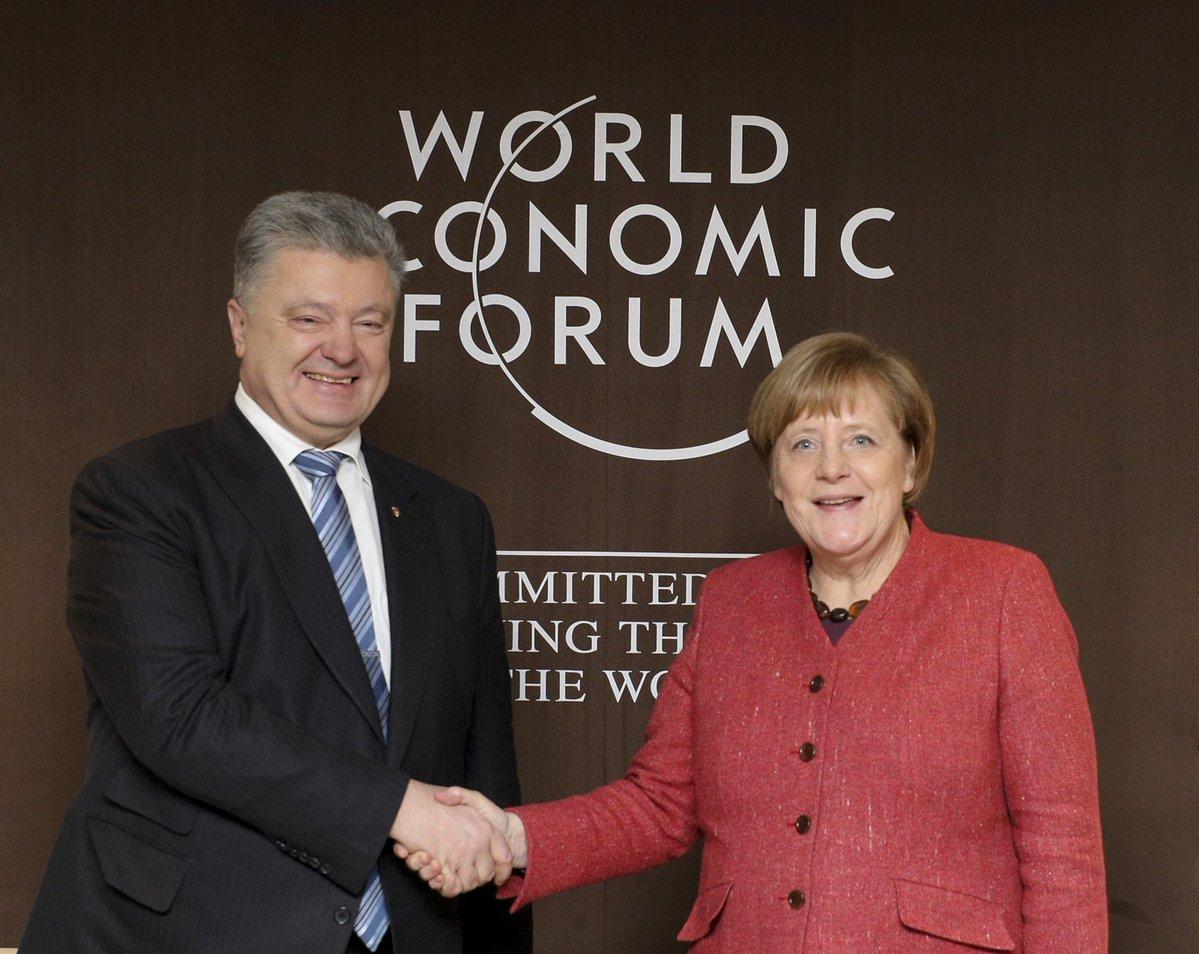 Poroshenko and Merkel at WEF in Davos / Photo by Mikhail Palinchak from president.gov.ua

Ukrainian President Petro Poroshenko and German Chancellor Angela Merkel have agreed to continue putting pressure on the Russian Federation for the release of all Ukrainian hostages, including captive Ukrainian sailors.

"The two officials agreed to continue pressure on Russia for the release of all Ukrainian hostages, including sailors who are prisoners of war," Press Secretary of the Ukrainian president Svyatoslav Tsegolko said.

Poroshenko and Merkel met on the sidelines of the World Economic Forum in Davos, Switzerland.

According to Poroshenko's press service, the Ukrainian president congratulated the German Chancellor on Germany's obtaining of powers of a non-permanent member of the UN Security Council from January 1, 2019. The two officials also emphasized the importance of implementing the initiative of Ukraine to deploy a United Nations peacekeeping mission to Donbas, which is expected to facilitate the implementation of the Minsk peace agreements, the presidential press service said.

In addition, Poroshenko thanked Germany for assistance in minimizing the risks of escalation in the Black Sea and the Sea of Azov over Russian aggression, ensuring the freedom of navigation in the region and pressing for the unconditional and immediate release of 24 Ukrainian sailors captured by Russia near the Kerch Strait on November 25, 2018.

If you see a spelling error on our site, select it and press Ctrl+Enter
Tags:RussianAggressionMerkelPOWsPresident PoroshenkoDavos