The postponing of more EU sanctions against Russia will allow the holding of a constructive “Normandy format” meeting on February 11 in Minsk, Foreign Ministry spokesman Yevhen Perebyinis said on Ukrainian television’s Channel 5 on Monday, according to Radio Liberty. 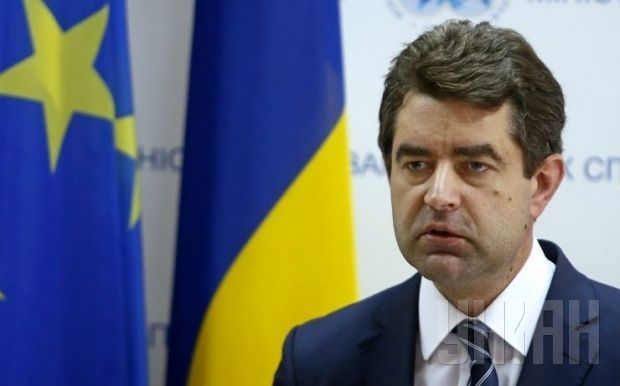 "The EU has given a clear signal to Russia and an opportunity to hold productive talks on Wednesday," he said.

"Further EU sanctions against Russia will depend on the success of the talks of the ‘Normandy Four’ leaders in Minsk," Perebyinis said.

As reported earlier, Polish Foreign Minister Grzegorz Schetyna said that Ukraine had asked the EU to delay the imposition of sanctions against Russia until February 16.

EU foreign ministers expanded the EU’s sanctions against Russia at a meeting on Monday, adding 19 people to a travel blacklist and freezing the accounts of nine companies. However, their implementation was postponed until February 16.

"The decision to postpone the imposition of new sanctions against Russia is totally the choice of EU foreign ministers," EU High Representative for Foreign Affairs and Security Policy Federica Mogherini said during the final press conference after the Council of the EU for Foreign Affairs.